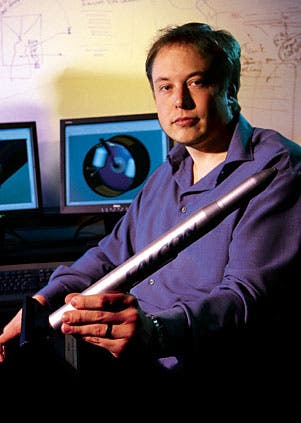 A real life Peter-Weyland, SpaceX founder and self-made billionaire, Elon Musk, has stirred up controversy with his space exploration claims on a number of occasions, mostly because they’re considered rather “too ambitious”. A few months ago Musk suggested that in a mere few decades, his company will be offering $500,000 there and back trips to Mars. Recently, he unveiled a new side to his grander plan, after the entrepreneur announced that the eventual goal for SpaceX is that of settling a Martian colony with 80,000 people.

SpaceX reached some formidable milestones this past year alone, after it became the first private company to touch decks with the International Space Station when the un-manned Dragon capsule safely docked. Their progress is formidable, considering they’ve only been operational for a decade, still SpaceX has yet to make a manned flight and it is already making formidable claims for the future. Some would be quick to label these claims as follies, yet what brilliant milestone didn’t stand by the thread of madness? It’s  about pushing the limits, and Musk, who regularly logs in 100-tireless work hours a week, doesn’t like to set the bar low. At one of his recent talks at the  Royal Aeronautical Society, Musk said:

“At Mars, you can start a self-sustaining civilization and grow it into something really big,” referring to a Martian colony.

According to Musk, at first a very small, but very well supplied, crew would touch base with Mars and begin raising an outpost. The team would install a transparent, pressurized dome with Martian CO2 where Earth crops in Martian soil could be grown. As the outpost grows, fewer supplies would be needed to be ferried away from Earth, meaning more people could be brought to Mars. Don’t ask me where he got this figures, but Musk claims that by the time Earth’s population reaches eight billion, perhaps one in 100,000 would be prepared to go to Mars – that’s 80,000 immigrants. An estimate cost for such a venture is valued by Musk at $36 billion, which he envisions as a partnership between private space assets and governmental space agencies. He arrived at that number by estimating that a colony that costs 0.25 percent or 0.5 percent of a nation’s gross domestic product (GDP) would be considered acceptable.

“Some money has to be spent on establishing a base on Mars. It’s about getting the basic fundamentals in place,” Musk said. “That was true of the English colonies [in the Americas]; it took a significant expense to get things started. But once there are regular Mars flights, you can get the cost down to half a million dollars for someone to move to Mars. Then I think there are enough people who would buy that to have it be a reasonable business case.”

The analogy isn’t that sound too me, however. We’ve yet to see the kind of technology that could safely, cheaply and surely take man to Mars, although recent observations of Curiosity that flagged the red planet as being radiation-safe for humans are very encouraging. Apparently, a reusable version of SpaceX falcon 9 rocket will be used, although matters are kept somewhat to SpaceX officials.

So what’s your take on Elon Musk’s ambitious goals?