New invisibility cloak takes things to the next level

It may be a little off to talk about invisibility when we’re not even in the visible spectrum, but ‘invisibility cloak‘ sounds just to awesome not to use it. Using a new kind of cloak that uses a very thin multilayer dielectric coating made of natural material (as opposed to metamaterials which are often used), researchers from Michigan University demonstrated better cloaking efficiency than a similarly sized metamaterial cloak designed with a different technology. 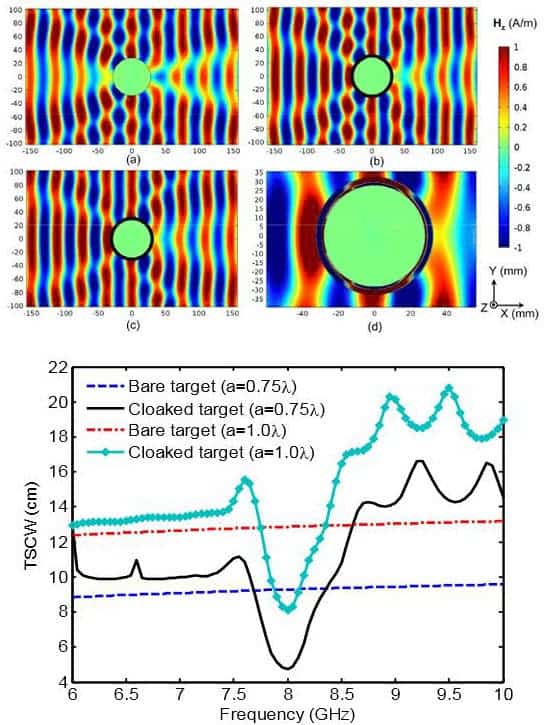 The materials they used are relatively simple – dielectric materials such as ceramics having differing dielectric permittivity (the measure of resistance created when forming an electric field; usually with invisibility studies, researchers use metamaterials – which are artificially developed and have different characteristic to anything found in nature. Yet using this simple technique, they were able to cloak larger cylindrical objects more effectively than ever before, with any kind of material.

The so-called metascreen they created has a fishnet like structuer, covering an 18 cm cylindrical rod from microwaves. The reason why we see things is because light bounces on and off of them; previous such technologies used metamaterials to divert, or bend, the incoming waves (including light) around an object, this uses an ultrathin metallic metascreen to cancel out the waves as they are scattered off the cloaked object.

“When the scattered fields from the cloak and the object interfere, they cancel each other out and the overall effect is transparency and invisibility at all angles of observation,” said co-author of the study Professor Andrea Alu.

According to their report in the Applied Physics Letters article, Semouchkina and Wang used a very thin multilayer dielectric coating and compared it with cloaks of a similar size which use a different principle, called transformation optics.

Not only does the new cloak outperform previous cloaks, which caused more reflection and more shadows, as well as distortion of the electromagnetic waves, but it is also more scalable and cheaper to produce; about 8-9 times cheaper, they noted.

“The multi-layer dielectric cloak could easily be scaled to work in a variety of frequency ranges,” Semouchkina said. “The design procedure developed in this work could be used to further advance the cloak parameters and for adjusting it to practical needs.”