Invisibility cloak to give buildings protection against earthquakes 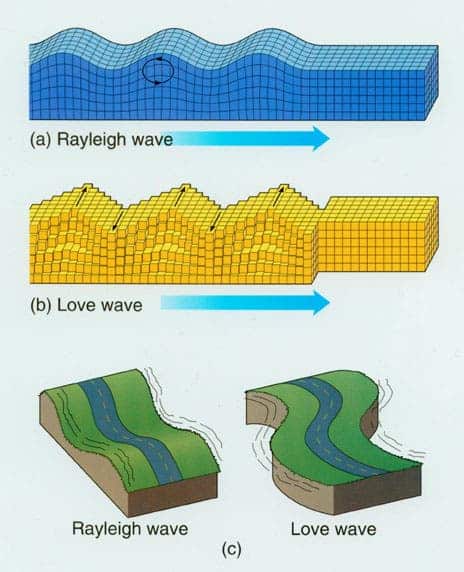 The surface waves. Not the Love wave you want to be in.Researchers from the University of Liverpool conducted a study that shows it is possible to create what they have called an ‘invisibility cloak’ that would in fact protect buildings from earthquakes. This would come just in time, as a major earthquake threat seems more and more plausibile. In order to understand how this works, it’s important to understand how earthquakes work. To cut things short: whenever a shift or sudden move beneath the earth’s crust takes place, the energy is transmitted in the form of wave. These waves can be body waves, or surface waves. The body waves move the fastest, but the surface waves are responsible for the greater part of damage. This new technology actually controls the path of the surface waves, rendering them virtually harmless for the protected buildings.

The need for a better way of shielding against earthquakes is felt more and more; in the British suggested method, plastic concentric rings are placed in the Earth’s surface, and they divert surface waves. The waves pass through smoothly thanks to the rings’ control of stiffness and elasticity and are transformed into small non-dangerous fluctuations in pressure and density. This can be (relatively) easily applied by installing these rings into the foundation of the building.

Sebastien Guenneau, from the University’s Department of Mathematics is one of the developers of this technology, and he worked side by side with Stefan Enoch and Mohamed Farhat from the Fresnel Institute (CNRS) in Marseilles, France. He expains:

“We are able to ‘tune’ the cloak to the differing frequencies of incoming waves which means we can divert waves of a variety of frequencies. For each small frequency range, there is a pair of rings which does most of the work and these move about a lot – bending up and down – when they are hit by a wave at their frequency.

“The waves are then directed outside the cloak where they return to their previous size. The cloak does not reflect waves – they continue to travel behind it with the same intensity. At this stage, therefore, we can only transfer the risk from one area to another, rather than eliminate it completely.”

He added: “This work has enormous potential in offering protection for densely populated areas of the world at risk from earthquakes. The challenge now is to turn our theories into real applications that can save lives – small scale experiments are underway.”

So it’s very important to understand that as he states, at this point, this does nothing but protect the buildings with the rings, leaving the other ones exposed. Still, this is a breakthrough and a simple process that could prove to be quite effective in some important constructions.