by Tibi Puiu
in Inventions, Nanotechnology, Research
A A

You’ve seen James Bond’s vanishing Aston Martin or Frodo’s Elven cloak, and probably always wished for your own means of becoming totally invisible. The are a lot of perks to such a technology (who here remembers Invisible Man movies?), and scientists from University of Dallas in Texas  have managed to devise an invisibility cloak inspired by nature, replicating the mirage effect. Check the video below for an impressive demonstration. 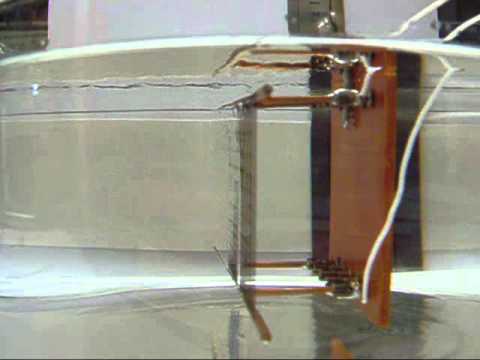 When a mirage occurs, light rays undergo refraction because of high temperature difference along a small distance, instead of reflecting off surfaces. The most typical image of a mirage is that of a pool of water in the desert, which is nothing more than the sky being reflected on the hot sand. It’s important to note that mirages are not optical illusions, like they’re commonly perceived, but real phenomena of atmospheric optics.

Anyway, the researchers had mirages and the optics behind it when they began their work. The first impediment was that of finding a material capable of replicated the atmopsheric conditions of the desert, minus the insane temperatures. They found it in the sheets of carbon nanotubes – ne-molecule-thick sheets of carbon wrapped up into cylindrical tube.

When the carbon nanotubes were electrically stimulated, the temperature gradient led to the bending of light rays away from the object behind the cloaking device. This resulted in total invisibility.

“Using these nanotube sheets, concealment can be realized over the entire optical range and rapidly turned on and off at will, using either electrical heating or a pulse of electromagnetic radiation,” said Dr. Ali Aliev, study leader from the University of Dallas,. “The research results provide useful insights into the optimization of nanotube sheets as thermoacoustic projectors for loud speaker and sonar applications, where sound is produced by heating using an alternating electrical current.”