by Tibi Puiu
in Physics
A A

The Higgs boson or the God particle, as it’s also been commonly referred to, is a hypothetical particle that endows other elementary particles with mass. Confirming its existence is of crucial importance to physicists at the moment, otherwise scientists would be forced to rethink another method of imputing mass to particles.  Last year, scientists at CERN registered a hint; a tiny hint of the Higgs boson, when Atlas and CMS, two experimental teams at the Geneva particle accelerator facility, interdependently registered unusual bumps in their data. In December, rumors had it that the elementary particle would soon be unveiled, only to warrant an official statement from Geneva that results are still far from conclusive.

The most elaborate ‘manhunt’ in history

Recently, a new wave of enthusiasm has sparked science blogs to speculate that we’re in for an imminent announcement from CERN that will once and far all decide if indeed this hypothetical particle exists or not. “The bottom line though is now clear: there’s something there which looks like a Higgs is supposed to look,” wrote Peter Woit, a mathematician and  Columbia professor. “If this years peaks are not exactly in the same place as last years then the combined significance could be considerably less,” reads a skeptical entry at the Vixra blog. Tomasso Dorigo, an experimental particle physicist, settled to offer his own take on the probability of such a find. These are just a few of the myriad of impressions currently circulating around the God particle.

These was sparked after a team of physicists gathered in a room at CERN on Friday to begin crunching new data from the Large Hadron Collider this year. They’ll be at it for a whole week. The new results should settle whether last year’s anomaly was indeed a simple fluke, or the scientists are on the right path; if so this would mark only the beginning of an even larger road ahead for the CERN researchers. Nevertheless, in all likelihood, these results will be made public at the International Conference on High Energy Physics, or Ichep, in Melbourne, Australia, starting July 4.

“Please do not believe the blogs,” Fabiola Gianotti, the spokeswoman for the team known as Atlas.

Personally, I’ve well went past getting too excited over simple rumors – only cold and officially released facts should matter at this time; it will keep you sane too.

How to find the Higgs boson

How can the scientists be certain that they’ve found Higgs boson? Well, it all lies in probability. To be certain, scientists need to find a 5 sigma signal in at least one channel of one experiment.  Wired‘s Adam Mann explains, “In the rigorous world of high-energy physics, researchers wait to see a 5-sigma signal, which has only a 0.000028 percent probability of happening by chance, before claiming a ‘discovery,'” or or one chance in 3.5 million that it is a fluke background fluctuation. Adding, “The latest Higgs rumors suggest nearly-there 4-sigma signals are turning up at both of the two separate LHC experiments that are hunting for the particle.”

This week, the BaBar experiment, which has ran for a decade at US Department of Energy’s SLAC National Accelerator Laboratory, found hints of flaws in the Standard Model of Physics, after data revealed  certain particle decay happening at a pace far exceeding predictions. The excess decays has to be still confirmed, but they claim that data already rules out the Two Higgs Doublet Model.

Next month’s International Conference on High Energy Physics might host the announcement of the century for particle physics or the Higgs boson final resting place. We’re patiently waiting. 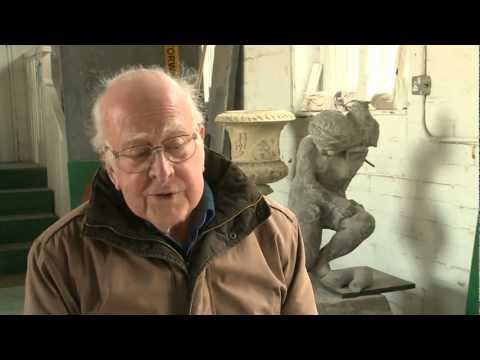 Interview with Professor Higgs, who explains what it will mean to him if scientists at CERN confirm the existence of the Higgs boson.