A new study conducted by NASA indicates that large molecules containing carbon came to Earth from Mars – molecules which are a key ingredient for life as we know it. 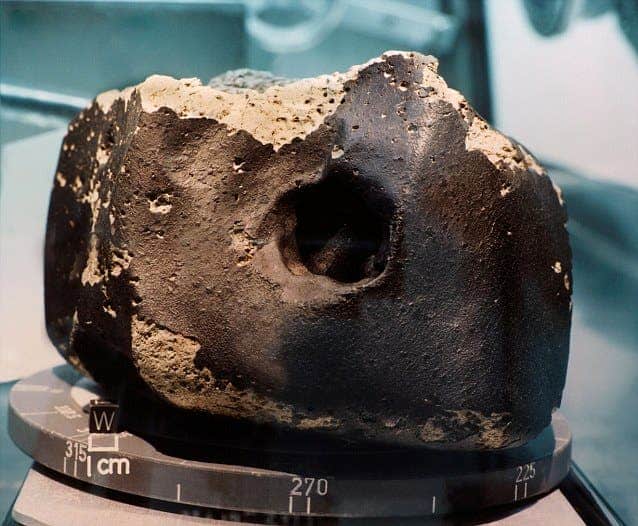 Studying meteorites that landed on Earth and originated on Mars, the Carnegie Institution for Science alongside NASA researchers concluded that the reduced carbon – carbon that’s bonded to hydrogen or itself – found inside isn’t a result of contamination, and is in fact the original stuff, but appeared not as a result of life, but through volcanic processes.

“These findings show that the storage of reduced carbon molecules on Mars occurred throughout the planet’s history and might have been similar to processes that occurred on the ancient Earth,” says Carnegie’s Andrew Steele.

The fact that these carbon molecules were created on Mars could mean a number of things; either they were formed there and then brought to Earth via meteorites, or that the same processes that formed them took place on Mars as well, which means they might have just as well took place some other place.

“Understanding the genesis of these non-biological, carbon-containing macromolecules on Mars is crucial for developing future missions to detect evidence of life on our neighboring planet.”

The team analyzed samples from 11 Martian meteorites from a period spanning about 4.2 billion years of Martian history and detected carbon molecules in 10 of them, locked inside crystallized minerals. They were then able to show that at least some of these molecules originated on Mars and are not a result of some sort of contamination.

In order to find out even more about these molecules, they then analyzed their relationship to other minerals from the meteorites to see what kinds of processes they have endured prior their crash on Earth. Their findings show that they were created on Mars through volcanic processes – showing that Mars has been creating organic-type molecules for most of its history.

“Although this study has not yielded evidence that Mars has or once may have supported life, it does address some important questions about the sources of organic carbon on Mars,” says Mary Voytek, director of NASA’s Astrobiology Program.

“With the Curiosity rover scheduled to land in August, these new research results may help Mars Science Laboratory scientists fine-tune their investigations on the surface of the planet by understanding where organic carbon may be found and how it is preserved.”