Felix Baumgartner: Mars missions are a waste of tax dollars

by Mihai Andrei
in Other, Space

Felix Baumgartner, the supersonic man who jumped from about 40.000 meters above ground is definitely a man up for new thrills and new conquests, so you’d expect him to be all for space exploration. But in a recent interview, he takes the totally opposite stand, claiming that any Mars missions are a waste of money which could be spent better. 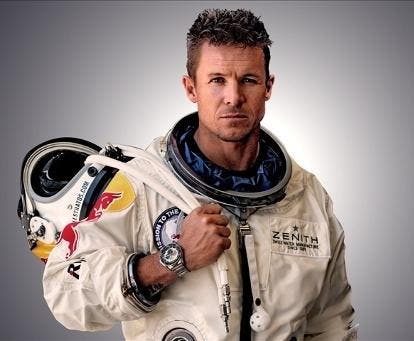 “People should decide ‘are you willing to spend all this money to go to Mars?’ I think the average person on the ground would never spend that amount of money — they have to spend it on something that makes sense, and this is definitely saving our planet.”

He went even further, explaining that our curiosity is misplaced.

“I think we should perhaps spend all the money [that is] going to Mars to learn about Earth. I mean, you cannot send people there because it is just too far away. That little knowledge we get from Mars, I don’t think it does make sense.”

Tricky issue he tackles, and one in which there’s no right or wrong answer, but I’d like to give my two cents on the matter. People often ask what benefit we can take from this or that discovery (like for example how does the LHC help us, or why we build telescopes, etc); it’s not just for the sake of science, though one could argue that’s reason in itself. The answer is we don’t know how it will benefit us, but it’s extremely likely that it will, somehow. Most things we take for granted today, such as X-rays or nuclear energy were absolutely useless when studied in their time. It took decades and decades of more work, but when it paid off, it paid off big. So it’s not a gamble investing in research, it’s a long term investment, one which might benefit us or the generations to come after us.

This being said, I’m just curious, if suddenly a manned mission to Mars were made possible and Felix Baumgartner would be offered a seat, would he decline it? My money says no.

Another very interesting insight on the matter was published here.