After some small problems and a delay of a couple of days, Felix Baumgartner did it! He jumped from the stratosphere, free falling 24 miles – 39,035 meters or 119,846ft – breaking numerous records in the process. 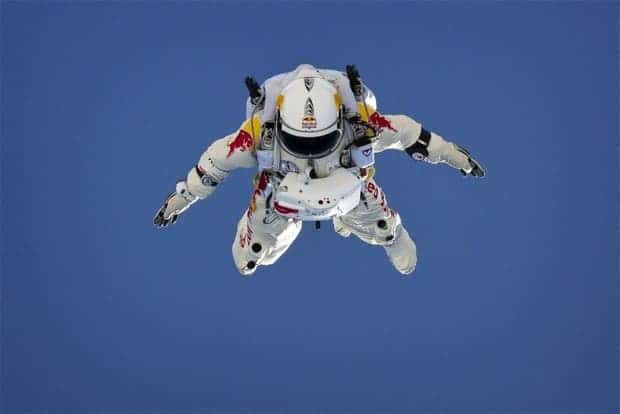 He reached a speed of 1.24 Mach (which is the speed of sounds), thus becoming the first man to officially break the sound barrier while falling. Here are some of his first few words after the land:

“When I was standing there on top of the world, you become so humble, you don’t think about breaking records.” He said all he could think about was getting back alive. “I knew the whole world was watching,” he said. “I wish the world could see.”

As I’m writing this, he is preparing for his press conference. We’ll keep you posted with all the details, but in the meantime, I’d like to congratulate the entire team for their 5 year effort, which not only broke some pretty fantastic records, but will also provide insight in aeronautic research.