North Carolina to jail anyone who discloses fracking chemicals

by Dragos Mitrica
in Science

As hydraulic fracking starts to spread over more and more states from the US, the legislation starts to adapt too – some states are becoming more strict with the oil companies… and others – to the opponents of oil companies. 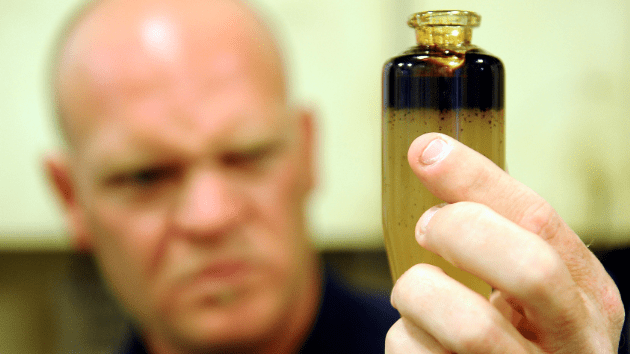 Without going into the geological details again (read some of our previous posts: 1; 2; 3; 4), much of the concern regarding hydraulic fracking is about the chemicals used in the process. Of course, each company uses a different cocktail but it’s pretty safe to assume that over 99.5% of it is identical. Revealing the contents is illegal, but some states take it more personal than others.

“The felony provision is far stricter than most states’ provisions in terms of the penalty for violating trade secrets,” says Hannah Wiseman, a Florida State University assistant law professor who studies fracking regulations.

While oil companies argue that this is a company secret, it’s impossible to fully monitor any health and environmental impacts without knowing the contents of the fracking fluid – let’s say you pick up a certain substance in the local aquifer – how would you know it’s connected to the drilling?

Furthermore, putting someone in jail for releasing industrial secrets is not quite common, and it’s sending a pretty clear message: there’s no messing around with fracking.