A study published earlier this week in the Proceedings of the National Academy correlated 93 small earthquakes in Texas (near a city called Snyder) with underground injection of large volumes of gas, primarily carbon dioxide, in a technique called CO2 flooding.

Not fracking, but flooding

CO2 flooding is a technique that doesn’t refer to extraction, but it falls in a suite of techniques called EOR (Enhanced Oil Recovery). Basically, you choose strategic objectives in an oil field and you inject CO2, to displace the oil and get more. CO2 displaces the oil through its movement as well as decreases the viscosity of the oil in the ‘Miscible Zone’ (a zone in which the liquids can mix).

This process isn’t related to the highly debated hydraulic fracturing! Although the injecting or producing well may have been fractured, the process of CO2 flooding does not actually fracture the well. All pressures will be kept below the formation fracture to prevent premature breakthrough, which would actually have a negative impact.

However, in the Cogdell field, operators began the process in 2001, with a significant increase starting in 2004 – which is why the US Department of Energy actually funded this research – to see if there are any negative effects. 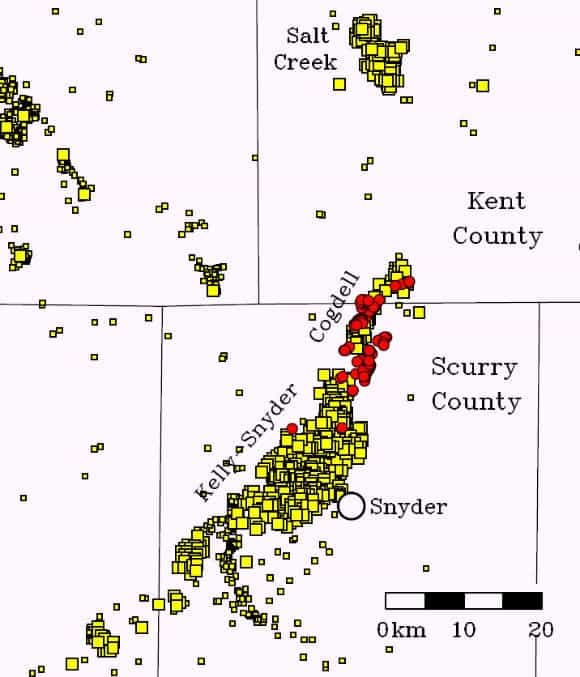 Using data from an extremely valuable project, Earthscope, about which I was telling you in another article, study co-authors identified 93 earthquakes in the Cogdell area from March 2009 to December 2010. The earthquakes are rather small, usually revolving around a magnitude of 3, but one of them was actually 4.4 – which is more than significant.

Using this seismic data, as well as information about the injections and extractions of fluids and gases, they were able to correlate the earthquakes to the CO2 flooding.

“What’s interesting is we have an example in Cogdell field, but there are other fields nearby that have experienced similar carbon dioxide flooding without triggering earthquakes,” said co-author Dr Cliff Frohlich from University of Texas at Austin’s Institute for Geophysics.

So why hasn’t it happened in other areas? The go-to answer is that it has unstable geology – it could be that the injections exerted additional pressure on rather unstable areas, or created additional stress on a fault. Another possibility that works in conjunction with this is that pressures from large volumes of gas reduce friction on these faults.

“An important next step in understanding seismic risks for proposed carbon capture and storage projects would be to create geological models of Cogdell and other nearby fields to better understand why they respond differently to gas injection.”