What a time to be alive.

by Mihai Andrei
in News, Remote sensing, Space
A A 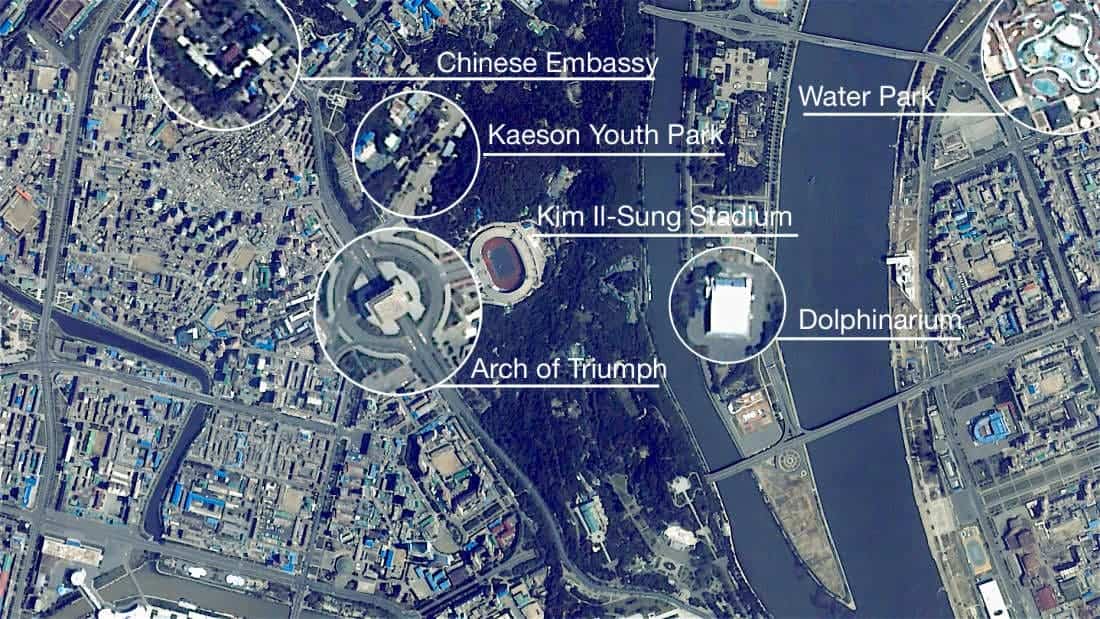 It’s not every day that we get such a nice view into North Korea, but a satellite run by a company called UrtheCast provides us a glimpse into the isolated country. The IRIS satellite was installed on the International Space Station, providing epic, high-resolution images of the planet.

This video, taken on May 30, 2016, shows the North Korean capital Pyongyang, with a zoomed-in version of its landmarks. The quality of the images is baffling, especially when you consider that the camera is located at a height of 400 kilometers (250 miles) and moving at 28,000 km/h (17,500 mph). Have a look for yourself.

The GIF shows the grounds of the Kumsusan Palace of the Sun, a building near the northeast corner of the city of Pyongyang that serves as the mausoleum for Kim Il-sung, the founder and eternal president of North Korea, and for his son Kim Jong-il. Firstly, in case you’re wondering, you’re not drunk – the buildings in the GIF are moving because of the speed of the camera. It’s a bit eerie.

If you don’t see it, look for a black blip turning a corner – that’s the people, likely a military patrol. You can also see some flashes of light.

If i doesn’t seem like much to you, think about all this for a moment. There’s a flying space station, hundreds of miles above the ground with a camera, taking videos, of the most isolated country on earth, in such resolution that you can actually see people walking. These are indeed marvelous times to be living in.