Well, this was unexpected for everybody.

Jeffrey C. Hall, Michael Rosbash and Michael W. Young have been awarded the 2017 Nobel Prize in physiology or medicine for their work on molecular mechanisms controlling circadian systems.

It’s my favorite kind of research: sleep research. Circadian rhythms control when we’re at our best, our worst, and when we sleep. For everything we do that messes up this rhythm, we pay a price. Fly to a different time zone? Jet lag. Midnight snack? Mess up your metabolism. All nighter? Feel like crap the next day. The circadian rhythm affects everything from energy levels to metabolism, mood, and even fertility. But how is our body so good at keeping time, and how do all the individual parts of our body keep the same rhythm?

“The circadian system has its tentacles around everything,” Rosbash said in an interview with the HMI Bulletin in 2014. “It’s ticking away in almost every tissue in the human body.” It’s also in plants, including major food crops, the article noted, and appears to be tied to “disease susceptibility, growth rate, and fruit size.”

This is where the research steps in. The field of science emerged in the 1970s when geneticist Seymour Benzer and his student Ron Konopka managed to track down the genes that encode biological timing in fruit flies. Hall, Rosbash and Young also studied fruit flies, using them as a model organism. They showed that many genetical abnormalities and serious diseases are correlated with irregular circadian rhythms. A genetic mutation has already been found in some people who have a chronic sleeping problem, Young said. Among others, Alzheimer’s, depression, attention-deficit/hyperactivity disorder (ADHD), heart disease, obesity and diabetes and other metabolic issues are all included.

They suspected that because the effects are virtually ubiquitous inside the body, the brain likely uses one element to keep track of time. It wasn’t easy, but they managed to isolate a gene that is responsible for a protein that accumulates in the night but is degraded in the day. This was one of the key cogs in the mechanism, and paved the way for their later groundbreaking research.

At the moment, the discovery didn’t generate the excitement it probably deserved. Even though researchers explained that it could one day enable us to understand sleep and the circadian rhythm, it just didn’t cause a big stir. It took years and years before the doors their research opened became obvious.

Hall, who is now retired, said he got the notice call at 5 a.m. — but due to age-related changes in his own circadian rhythms, he was already awake. He added that he would love to reinvest some of the money into his research… but unfortunately, he retired from that years ago.Here’s his awesome and unconventional speech: 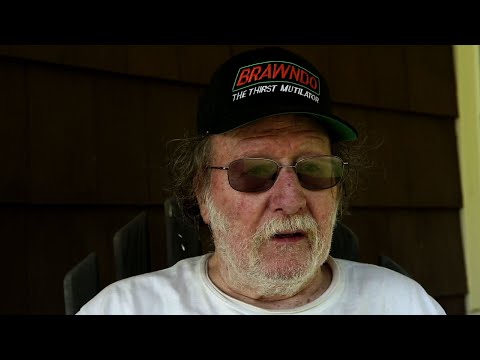 Rosbash, a 73-year-old professor at Brandeis, talked more about their research. He told the AP that he and his two colleagues worked to understand “the watch … that keeps time in our brains.”

“You recognize circadian rhythms by the fact that you get sleepy at 10 or 11 at night, you wake up automatically at 7 in the morning, you have a dip in your alertness in the midday, maybe at 3 or 4 in the afternoon when you need a cup of coffee, so that is the clock,” he explained.

“The fact that you go to the bathroom at a particular time of day, the fact if you travel over multiple time zones your body is screwed up for several days until you readjust — all that is a manifestation of your circadian clock.”

The Nobel Prize in Physics was also awarded earlier today. I won’t give any spoilers, but the gravity of the situation should not be underestimated.