by Mihai Andrei
in Chemistry

The Nobel Prize has been awarded to a single scientist, which is less common than you might think, for the discovery of the structure of quasicrystals. 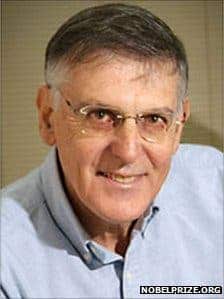 When this new structure was first proposed, to say that it stirred controversy would be putting it light; at first, the idea was so outside of the general consensus, that his own research group kicked him out. Daniel Shechtman, from Technion – Israel Institute of Technology in Haifa received the top award that can be awarded in chemistry, thus cleaning his name and making up for the years in which he was disconsidered and even ridiculed by his own peers. As mister Shechtman recalls, pretty much nobody from the scientific communitiy believed in him:

“The head of my lab came to me smiling sheepishly, and put a book on my desk and said: ‘Danny, why don’t you read this and see that it is impossible what you are saying,'”

Still, he published the results, and it was only after that that all hell broke loose. He was told he was a disgrace for his research group and asked to leave.

However, time proved him right, and quasicrystals sparkled quite a lot of interest, and Professor David Phillips, president of the Royal Society of Chemistry called them ‘quite beautiful’. He also added:

“Quasicrystals are a fascinating aspect of chemical and material science – crystals that break all the rules of being a crystal at all.”

Quasicrystals are structural forms that are ordered but not periodic. They form patterns that fill all the space though they lack translational symmetry. 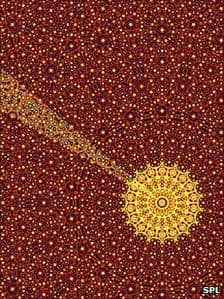 In other Nobel news, Tuesday’s award for physics went to Saul Perlmutter and Adam Riess of the US and Brian Schmidt of Australia, who will divide the prize for their discovery that our Universe’s expansion is accelerating.