Solar energy is getting cheaper by the minute and expanding everywhere in the world but a few places stand out more than others for an impending solar boom. One of them is India. 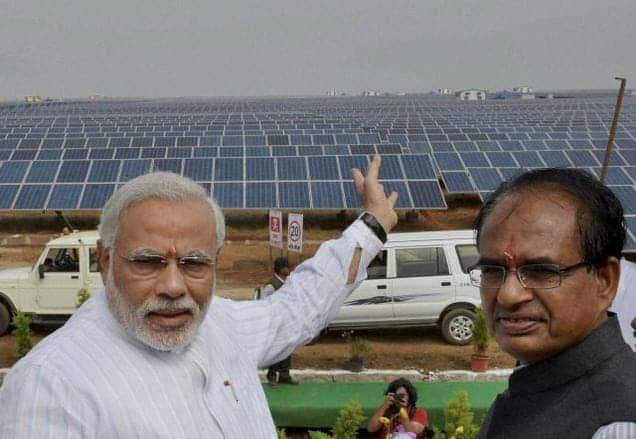 India’s economy is growing very fast. It’s the second most populated country in the world but also a country where hundreds of millions are in shortage of electricity. India’s leadership is also extremely favorable of solar energy seeing it as key to sustaining the country’s economic growth, removing rampant air pollution, and achieving the country’s goal of drawing 40% of all its energy from renewables by 2030 (by that time, India should more than triple its energy demand to a staggering 2,500 TWh).

These are just a couple of the reasons why India may be set to become the largest solar energy market in the world in the not so distant future. It’s not just me saying this but Tom Werner as well, who is the CEO of SunPower, the second biggest solar installer in the US.

“The market that’s going to boom is India,” he told Business Insider.

There are over 300 million people currently living in India with no access to electricity and the government has a moral obligation to see to it that these people have access to basic infrastructure and health care. India could start building more coal-fired plants but seeing how the country also has the worst air in the world and keeping in mind India’s Paris Agreement pledge to cap greenhouse emissions, that’s not a viable option. Indeed, the government under the leadership of Prime Minister Narendra Modi recognized in its National Electricity Plan that coal is no longer a good option, deciding that beyond the half-built plants already under construction, India does not require any new coal-fired power stations. 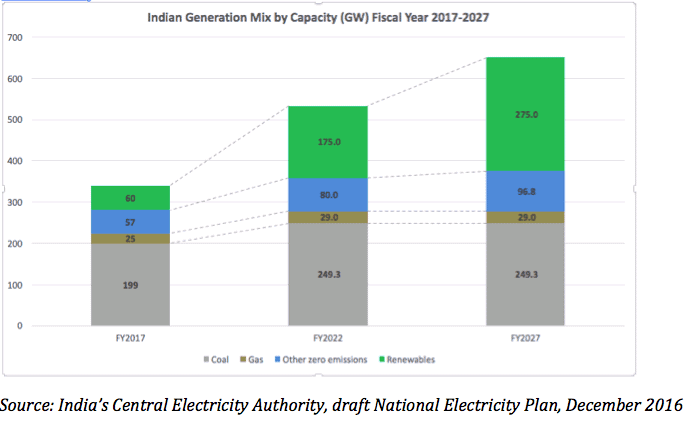 To reach 40% of its energy from renewables, India’s same plan aims to add 100GW of solar and wind by 2022. The United States had a fantastic year in 2016 adding 95% more solar power capacity than in the previous year with 14,6 GW. As a whole, in the United States, there aren’t more than 40 GW of installed solar power capacity, just to get an idea of how huge the Indian solar market is set to grow.

Already, India is home to the largest solar energy plant in the world, a 650MW facility at Kamuthi, Tamil Nadu. India’s energy minister also publically said last year that solar is cheaper than coal for them so all the stars seem aligned for a massive solar boom waiting to happen in India. Some big US companies are taking note of this opportunity. SunPower has a signed deal to build a 5-megawatt solar plant in Rajasthan, India that will power 40,000 rural homes. Tesla’s Elon Musk, which recently took over SolarCity, the biggest solar installer in the nation, hinted on Twitter that they will be ready to expand to India this summer. More US manufacturers and contractors will likely join in on the fun especially after the World Trade Organization (WTO) sided with the United States which argued some of India’s energy policies discriminated American companies and disrupted free trade. Specifically, India’s National Solar Mission current plan specifies that at least 10 percent of the new solar power in India comes from domestically produced solar panels and cells.

There are some caveats which investors and solar energy enthusiasts need to consider, though. One important mention is that a lot of India’s renewable energy infrastructure works are based on the promise that billions will be directed from rich countries to developing countries like India per the Paris Agreement, along with technology transfer. But the current US presidential administration will likely want to cancel its involvement in the Paris Agreement let alone send money to India so it can build its own infrastructure.