An aggressive strain of drug-resistant malaria that originated in Cambodia has rapidly spread into neighboring countries.

Malaria is a serious and possibly fatal disease, caused by a parasite that typically infects a certain type of mosquito. The parasite that causes malaria is Plasmodium.

The first symptoms of malaria – fever, headache, and chills – usually appear 10–15 days after the bite of an infected mosquito. Left untreated, P. falciparum malaria can progress to severe illness and death. Although it has been eliminated in developed countries, malaria is still prevalent in multiple areas around the world. Worldwide, 3.2 billion people (about half the world’s population) are at risk of contracting malaria. Every 2 minutes, a child dies of malaria. And each year, more than 200 million new cases of the disease are reported. 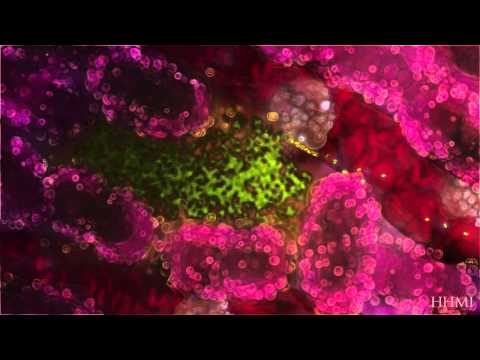 New studies recently in The Lancet Infectious Diseases warns that malaria could “become a potential global health emergency”. An aggressive strain of drug-resistant malaria that originated in Cambodia has rapidly spread into neighboring countries, causing high rates of treatment failure to first-line treatment and complicating efforts to eliminate the disease.

One study found that the KEL1/PLA1 strain of P. falciparum now accounts for over 80% of the malaria parasites in northeastern Thailand and Vietnam. Researchers also found that the strain acquired novel genetic mutations that have allowed it to become resistant to dihydroartemisinin-piperaquine, a form of artemisinin-based combination therapy (ACT) that has been the first-line treatment for malaria in Cambodia for over a decade now and more recently adopted by Thailand and Vietnam as the treatment of choice.

The other study found that the average failure rate for dihydroartemisinin-piperaquine treatment in Cambodia, Vietnam, and Thailand is now 50%, suggesting a new first-line option is needed to fight the mosquito-borne disease in those countries.

To determine the extent of the spread of the KEL1/PLA1 parasites and the type of genetic mutations that have driven the spread, Professor Olivo Miotto, PhD, of the Wellcome Sanger Institute and University of Oxford and a team of researchers analyzed whole-genome sequencing data from P. falciparum samples collected from malaria patients in Cambodia, Laos, northeastern Thailand, and Vietnam from 2008 through 2017. The data came from the MalariaGEN P. falciparum community project, which provides researchers with sequencing data on samples from 28 countries.

From a data set of 1,673 whole-genome sequences, the team found that 1,615 had KEL1/PLA1 status, and that the prevalence of the co-lineage—a combination of an artemisinin-resistant lineage that carries mutations to the kelch13 gene and a piperaquine-resistant lineage that carries amplifications of the plasmepsin 2 and 3 genes—increased steadily over the 10-year study period. Before 2009, KEL1/PLA1 was only in western Cambodia, but by 2016-2018 it accounted for more than 50% of samples in all the countries except for Laos. More than 80% of the most recent samples in northeastern Thailand and Vietnam were KEL1/PLA1.

The data suggests that multiple KEL1/PLA1 subgroups were able to spread rapidly across borders in separate transmission waves, following the acquisition of one of several mutually exclusive mutations. The spread of KEL1/PLA1 is having a negative impact on malaria treatment in the region.

The authors of the study suggested that given the high rates of treatment failure, dihydroartemisinin-piperaquine “should no longer be used for the treatment of P. falciparum malaria in the eastern Greater Mekong subregion.” Cambodia has switched to another artemisinin-based combination therapy (ACT), artesunate-mefloquine.

“Our study provides a clear picture of how malaria that is resistant to the first-line treatment is spreading, and demonstrates the importance of using genetics to detect patterns of resistance in each area. Active genomic surveillance is now vital to inform national malaria control programmes, to help reduce the risk of a major global outbreak,” Professor Dominic Kwiatkowski, a senior author on the paper from the Wellcome Sanger Institute and the Big Data Institute at University of Oxford, said.

The potential spread of ACT-resistant malaria to Africa is particularly alarming since 90% of malaria-associated deaths occur on the continent.