Mars may have been habitable more than 4.4 billion years ago

The story of life on Mars -- if there ever was such a thing -- may have started much earlier than thought.

A new study suggests that Mars may have exhibited conditions fit for harboring life as early as 4.48 billion years ago, which would predate the earliest evidence of life on Earth by half a billion years.

The solar system’s early history was wrought with violence, filled with rock and debris flying everywhere. This is evidenced by the countless craters that dot the surface of virtually every planet, moon, and even asteroid, in the solar system. Chemical analysis shows that each of these bodies must have formed and cooled before these impacts began about 4 billion years ago, during a time known as the Late Bombardment Period.  Eventually, the impacts became smaller and infrequent, allowing life to develop on Earth — and possibly elsewhere, too.

When exactly this heavy bombardment ended has always been a matter of debate among scholars. In a new study, astronomers at Western University analyzed minerals from the oldest-known Martian meteorites. The team imaged tiny grain samples from the meteorites down to the atomic level, revealing that they are almost unchanged since they crystalized on the surface of Mars eons ago.

In comparison, samples taken from impact sites on Earth and its moon show that more than 80% of the studied grains had been altered by the intense pressure and heat of the impacts. This all means that heavy bombardment on Mars ended by the time the analyzed minerals formed some 4.48 billion years ago. 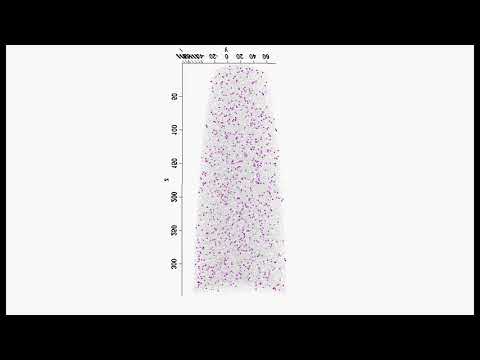 According to the researchers at Western University, the Martian surface could have been habitable around the time it is believed that water was abundant there. Based on this new timeline, the researchers believe there was a 700-million-year period between 3.5 billion and 4.2 billion years ago when Martian life could’ve thrived. Because water was also present on Earth by this time, it is plausible that life in the solar system may have started much earlier than previously accepted.

“Giant meteorite impacts on Mars may have actually accelerated the release of early waters from the interior of the planet setting the stage for life-forming reactions,” Western researcher Desmond Moser said. “This work may point out good places to get samples returned from Mars.”

It also means that there’s a chance that if there was ever life on Mars, it could have first appeared there before life on Earth. There’s also a chance that life originating on Mars may have migrated to Earth via meteorites, although this is purely the author speculating at this point.