Interview with Bluebird Director of Science Lex Pelger on CBD

A cannabis expert shares what he knows about the science of CBD.

by John Tuttle
in Health & Medicine, Science, World Problems
A A

Recently, I was able to call Lex Pelger, Director of Science for Bluebird Botanicals. We also hooked up digitally so I could send him some further questions via email. The company provides CBD (cannabidiol) products to consumers. The CBD extract allows for some of the benefits of marijuana but without the intoxicating high. Pelger is quite passionate about the use of CBD and the science behind it.

(Slight edits have been made to the following interview dialogue for clarity and accuracy.)

Me: As a Science Director at Bluebird Botanicals, what are a few of the most common tasks you’re faced with on a daily basis?

Lex: One of the main parts of my job is education. I teach our customer care team about what’s known about the cannabinoids and human health as well as talk to customers about what might work for them. I also go to conferences and working on research questions to make sure that we have the most accurate science available. I also do a good bit of writing articles, lecturing and answering questions from journalists about the cannabinoid world.

Me: In your experience, how have you seen CBD help people affected by the THC in ordinary cannabis?

Lex: For people who do not enjoy the psychoactivity of THC or who are very sensitive to even small amounts of it, full plant extract CBD can be a great way to harness the healing powers of the cannabis without getting any kind of high.

Me: What are the most notable benefits CBD can produce in people?

Lex: CBD supports health and wellness in people via the endocannabinoid system and its interactions with the neuronal, immune and hormonal systems of the body. In general, CBD can be seen as a balancing agent for the body.

Me: Bluebird offers CBD health products in a variety of forms, such as liquid extracts and capsules. To what varying ailments do these differently-applied products pertain? Is one compound better than the others in some circumstances?

Lex: The main difference in the ingestion method is the personal preference of the person and the amount of time until onset. For people with acute needs, there are vape pens to get the cannabinoids into your system within a few seconds. For effectiveness that lasts for most of the day, people like to take the oils orally. We’ll also soon have topicals and that’s a great way to get cannabinoids into the system through the skin.

Me: What was the educational process like to get into this field of science?

Lex: For me, I spent five years reading the peer-reviewed literature and traveling the continent interviewing experts and listening to cannabis users. That was the best education.

Me: Bluebird’s website displays a growing line of “pet products.” Could you explain a few of these how they can improve the lives of domesticated animals?

Lex: The cannabinoids tend to work on mammals in the same ways. Since anything with a spinal column has an endocannabinoid system, we like having pet products to help our animal friends feel better too.

Me: Have CBD products been tested a lot on animals?

Lex: A lot of CBD has been given to animals in this country and we certainly hear good stories about the results but the scientific literature is quite scant on the topic.

Me: How do the effects of low-THC hemp differ between humans and other mammals?

Lex: There does not seem to be much difference aside from the smaller weights that necessitate giving less to smaller animals. 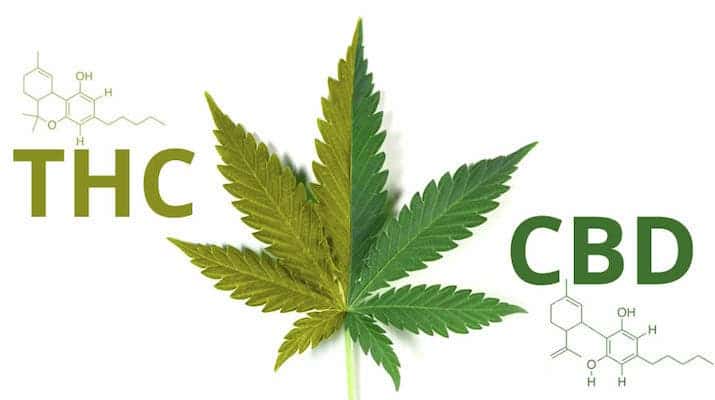 Me: Could you go over the relationship between CBD and someone’s endocannabinoid system?

Lex: There’s two main known receptors in the endocannabinoid system: CB1 & CB2. It’s funny but CBD doesn’t activate either of those. But it does modulate how other molecules bind to those receptors and that’s why the presence of CBD can lessen the negative psychoactive effects from THC.

CBD is actually a very wide-ranging compound with at least 80 different targets at the biochemical level of the human body. That’s why it can do so many different things for different people. Molecularly, you might compare [it] to a Swiss Army knife.
Me: The endocannabinoid system has far-reaching effects in several areas of the human body, but which other system do you think relies most heavily on it?
Lex: It is especially tied up with the neuronal system, the immune system, and the hormonal system. However, since those are still some of the most mysterious areas of science, the complete picture of these interactions is not yet formed.

Pelger Talks on the Culture and Media Behind the CBD Business

Me: Obviously, our culture has produced many notions which throw a negative light on marijuana and items associated with it. How do you think this effect can be reversed?
Lex: Storytelling and education. People believe the stories of others and as more and more people share about what the cannabinoids have done for them, more people will have the courage to give them a try.
Me: You run the Greener Grass Podcast; so you’re already working to spread the facts about hemp and its medicinal uses. As the host, what have been some of the highlights of the podcast in your opinion?
Lex: I especially loved sitting down with Dr. Julie Holland. She’s a NYC psychiatrist who doesn’t hold back and she’s great about giving the nuts and the bolts about what works.
Me: You’re the author of two novels rooted in science (The Elephant Folio and The Queer Chapter) which cover a bit of marijuana’s past as well as the endocannabinoid system. What do you think your favorite element of these novels is?
Lex: I liked watching them come together. Of course, I have outlines when I start writing but the end product grows and transforms so much that you’re utterly surprised by how it turns out. In fact, I can still sit down and read them with enjoyment because I forget exactly what happens next.
Me: How many hemp-related graphic novels do you think you’ll end up writing? Do you think you would ever stop?
Lex: If I keep following my captain Herman Melville and use the structure of Moby Dick, I just have 133 more books left to write. Luckily, I have them all sketched out and outlined on my wall so now it’s just a matter of taking the next decade or two to fill them in.
Me: Lastly, where do you see laws regulating marijuana and CBD products going in the future?
Lex: I hope that the laws around cannabis will continue to liberalize while still keeping consumer safety at the forefront. But I’ve studied too much about the history of the War on Drugs to not think that a horrible backslide will occur that continues to use the War on Marijuana as a tool of racist oppression against ‘those people’ just as Nixon originally designed it.
Tags: cannabinoidcannabiscbddr. julie hollandEndocannabinoid systemGreener Grass podcastinterviewlex pelgermarijuanaScienceTHC