by Mihai Andrei
in Feature Post, Health & Medicine
A A 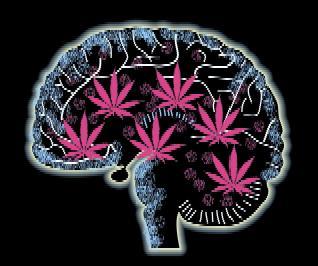 It seems you can blame everything on drugs, as researchers show that the human brain manufactures proteins that act on specific receptors in the same way that marijuana does; those receptors are actually situated in the brain itself.

This discovery was published online in the FASEB journal, and Gerald Weissmann, M.D., Editor-in-Chief of the journal synthetized the study very eloquently:

“The War on Drugs has hit very close to home. [..] Last year, scientists found that our skin makes its own marijuana-like substance. Now, we see that our brain has been making proteins that act directly on the marijuana receptors in our head. The next step is for scientists to come up with new medicines that eliminate the nasty side of pot—a better joint, so to speak.”

Scientists believe this will lead to new developments in marijuana-like drugs for relieving pain, appetite and perhaps the most useful of all, in detox treatments or for preventing abuse.

“Ideally, this development will lead to drugs that bind to and activate the THC receptor, but are devoid of the side effects that limit the usefulness of marijuana,” said Lakshmi A. Devi, one of the senior researchers involved in the study. “It would be helpful to have a drug that activated or blocked the THC receptor, and our findings raise the possibility that this will lead to effective drugs with fewer side effects.”

Of course, we don’t live in an ideal world so what happens from now on remains to be seen. They made the discovery by extracting some peptides (small proteins) and determining their amino acid sequence. Then these proteins were compared with that binds but doesn’t activate the receptor affected by marijuana.