by Mihai Andrei
in Astronomy, Discoveries, Geology
A A 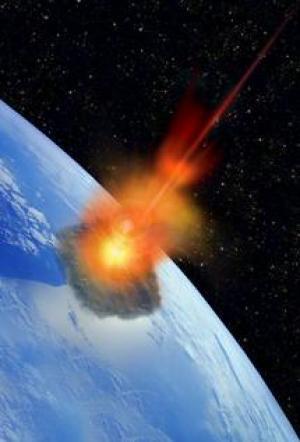 After the “crash site” in Peru, meteorites keep the headlines again! This time, scientists from the University of Oxford and the University of Aberdeen found the biggest meteorite to ever crash in the British islands. The scientists believe that a large meteorite hit northwest Scotland about 1.2 billion years ago near the Scottish town of Ullapool. It was previously believed that the rocks in that area were formed by volcanic eruptions but now they have found evidence that a meteorite is responsable. Ken Amor of Oxford University’s Department of Earth Sciences, co-author on the Geology paper, said:

‘Chemical testing of the rocks found the characteristic signature of meteoritic material, which has high levels of the key element iridium, normally only found in low concentrations in surface rocks on Earth. We found more evidence when we examined the rocks under a microscope; tell-tale microscopic parallel fractures that also imply a meteorite strike.’

He also drew the conclusions: ‘

This is the most spectacular evidence for a meteorite impact within the British Isles found to date, and what we have discovered about this meteorite strike could help us to understand the ancient impacts that shaped the surface of other planets, such as Mars.’