Scientists that analyzed meteorite dust made some discoveries that gave them clues about the ever standing mystery of how life works at its most basic, molecular level. This question has puzzled researchers for quite a while now and definitive answers are yet to be found.

“We found more support for the idea that biological molecules, like amino acids, created in space and brought to Earth by meteorite impacts help explain why life is left-handed,” according to Dr. Daniel Glavin of NASA’s Goddard Space Flight Center in Greenbelt, Md. “By that I mean why all known life uses only left-handed versions of amino acids to build proteins.” 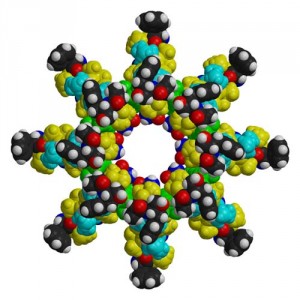 Proteins are life’s basic worker, used in basically everything, and they’re the building bricks of most structures. They’re made of amino acids arranged in a linear chain and joined together by peptide bonds. Also, despite the fact that there are only 20 amino acids, they can arrange in virtually any order and in any number, so you get a huge number of combinations. These amino acid molecules can be built in a mirror fashion, meaning that they can be built in two different directions that mirror each other. Life based on right handed amino acids should be just fine, only it’s not.

Over the last 4 years, scientists looked at sample meteorites with different amounts of water and looked particularily for an amino acid called isovaline because it has the ability to preserve its handedness for billions of years and there are very little chances that it would be contaminated by Earth life, because it’s extremely rarely used. If the original shift to “lefties” originated in space, the search for life in our solar system becomes much harder, but the probability of its origin becomes much more probable.

“If we find life anywhere else in our solar system, it will probably be microscopic, since microbes can survive in extreme environments,” said Dr. Jason Dworkin of NASA Goddard, co-author of the study. “One of the biggest problems in determining if microscopic life is truly extra-terrestrial is making sure the sample wasn’t contaminated by microbes brought from Earth. If we find the life is based on right-handed amino acids, then we know for sure it isn’t from Earth. However, if the bias toward left-handed amino acids began in space, it likely extends across the solar system, so any life we may find on Mars, for example, will also be left-handed. On the other hand, if there is a mechanism to choose handedness before life emerges, it is one less problem prebiotic chemistry has to solve before making life. If it was solved for Earth, it probably has been solved for the other places in our solar system where the recipe for life might exist, such as beneath the surface of Mars, or in potential oceans under the icy crust of Europa and Enceladus, or on Titan.”