by Mihai Andrei
in Genetics, Health & Medicine
Reading Time: 2 mins read
A A
Share on FacebookShare on TwitterSubmit to Reddit

Culturing mammalian cells is currently the only way to make some complex proteins used in certain drugs; but growing such cultures is an extremely difficult and delicate job, because they can harbor human pathogens and must therefore be kept under strict temperature conditions. 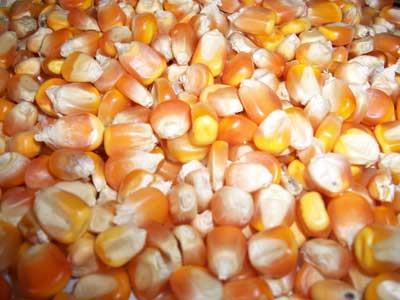 It’s a difficult job, but it’s definitely worth it; take a look at the rare lysosomal storage disease mucopolysaccharidosis I, for example – it’s as dangerous as it sounds, and it’s only treated with enzyme-replacement therapy. The enzymes must be produced in cells and this brings up huge production costs, which means, of course, very high costs, going up to hundreds of thousands of dollars a year.

This is where Allison Kermode, a plant biologist at Simon Fraser University in Burnaby, Canada, stepped in. Her husband works with people who have lysosomal storage disorders, and she decided to find a way to manufacture the necessary enzymes in plants – maize (corn) to be more precise. The thing is, you can insert human enzymes in plants, but they will be ‘decorated’ with sugar molecules specific in plants – but Kermode and her colleagues found a way to avoid these decorations.

The team tweaked the genes responsible for the production of the protein, not to alter the production itself, but to prevent the proteins from moving into the Golgi complex, a structure where the problematic sugars are added. The Golgi apparatus, as it is already known packages proteins inside the cell before they are sent to their destination; it is particularly important in the processing of proteins for secretion. The approach has been described as ‘very elegant’ by biologists.

It has to be said, we are still pretty far away from putting these drugs on the shelves, but Kermode’s research has proven to be functional, even though the resulting enzymes haven’t been tested on humans. The team also needs to ensure that the seeds produce the protein in higher quantities, but if all goes well, and there’s no reason to believe it won’t, maize may one day become the go-to way to make complex protein drugs.