by Mihai Andrei
in Animals, Geology
Reading Time: 2 mins read
A A
Share on FacebookShare on TwitterSubmit to Reddit

A group of paleontologists believe that the same event that killed off the dinosaurs some 66 million years ago also caused a widespread extinction in bee populations. 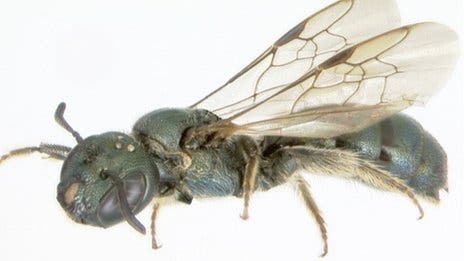 Currently, the widely accepted theory is that an asteroid or comet struck our planet 66 million years ago (the Cretaceous-Paleogene event, or K-Pg event), the impact and its effects basically wiping out dinosaur populations. This extinction however was selective – in that it affected some groups much more than it affected others.

The main problem when studying bees is that they leave behind a smaller fossil record than dinosaurs, and therefore it’s very hard to trace patterns. The paleontologists used molecular phylogenetic analyses (evolutionary relationships) to show that one bee group, the Xylocopinae, which originated in the mid-Cretaceous was all but wiped out by the catastrophic event. Previous studies had suggested a widespread extinction among flowering plants during the Cretaceous-Paleogene extinction event, and many assumed that this plant downfall also left marks in pollinator populations, but until now, this remained a theory.

But the data scientists obtained was conclusive.

“The data told us something major was happening in four different groups of bees at the same time,” said the paper’s lead author Sandra Rehan, a biologist at the University of New Hampshire in Durham, US. “And it happened to be the same time as the dinosaurs went extinct.”

The event which wiped out the dinosaurs led to the demise of many species, but it also provided an ecological niche for many animals – most notably, mammals. 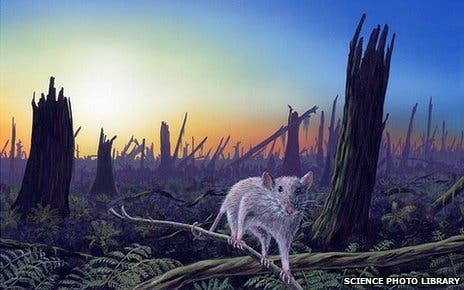 The findings could be useful considering today’s worrying decrease in bee numbers and diversity.

“Understanding extinctions and the effects of declines in the past can help us understand the pollinator decline and the global crisis in pollinators today,” Dr Rehan explained.