A word about the Cretaceous hot period

Almost always I happen to discuss global warming, something that often comes up. Still, the Earth was hotter in its history, like say right after the Cretaceous, so what’s the problem? In this article, we’re gonna clarify the aspects that differentiate those geologic periods from nowadays. 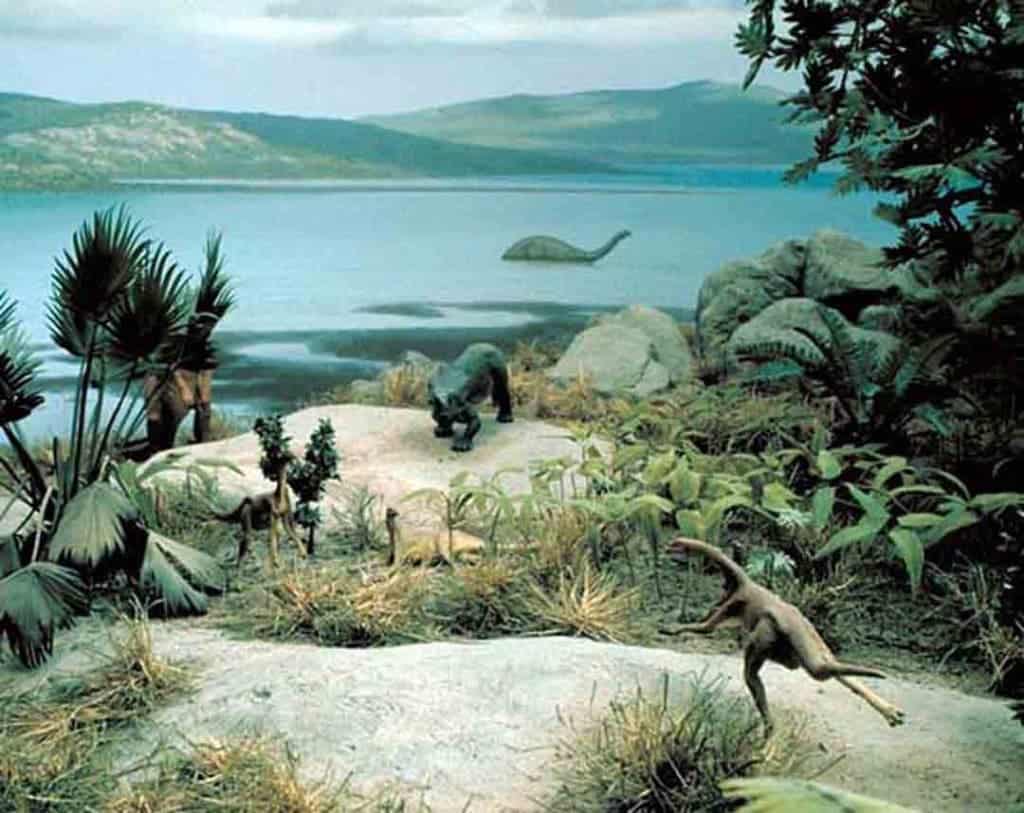 Some sixty million years ago, there was virtually no ice on Earth; palm trees thrived from equator to poles, and as fossils showed, crocodiles and water loving plants happily lived in the outer polar regions. This world had warmer oceans, featuring deep ocean temperatures 12 degrees Celsius higher than now – an absolutely huge difference. Also, the warming cycle that led to this situation took place in geologic period (millions of years, not hundreds of years).

What’s interesting is that unlike today’s climate, only a small difference (gradient) in temperature existed between the equator and the poles of the ice-less Earth. So how could this be explained ? The main hypothesis claims that weak temperature gradient results from the increasing efficiency of the atmosphere at transporting heat from the equator up to the poles in a warmer climate. However (and this is where it gets really puzzling), the atmospheric turbulence required from this kind of efficient transport could only work in the case of a high gradient, so this is not really the answer here.

“That’s the confusing part. To explain the weak gradient you need a strong gradient,” says David Ferreira, research scientist in the Department of Earth, Atmospheric, and Planetary Sciences at MIT, whose potential solution to this paradox appears this week in Journal of Climate.

So he and his team set out to try and develop a model that can explain this paradox. The key was water vapor.

“One way around it,” Ferreira says, “could be if the ocean warms the poles efficiently without transporting heat directly to them.”

So in their ice-free model the ocean transports heat poleward, but not all the way. When it gets midway to the poles, a part of the water evaporates and creates water vapor. As more and more vapor is created in the lower atmosphere, increased injection of warm moist air is pushed into the upper troposphere. This vapor acts like a greenhouse gas, creating an effect that then picks up the warming job where the ocean left it off.

Dorian Abbot, assistant professor of geophysical sciences at the University of Chicago, who also models exotic climates believe this approach is “creative”:

“This paper is an excellent example of the harvest one can reap by approaching climate research from a ‘scientia gratia scientae’ perspective, allowing oneself to play with abstractions and follow them where they may lead rather than being tied too closely to explaining the details of specific phenomena.”

The unfortunate thing is, that this model relied on data which can’t offer information for the near future, as it relied on a world where no ice exists and palm trees grow all over.