by Mihai Andrei
in Astrophysics, Geology
Reading Time: 3 mins read
A A
Share on FacebookShare on TwitterSubmit to Reddit

Well the title may be a little flashy, but here’s what it’s about: some highly unusual minerals have been found at the centers of impact craters on the moon. Geologists working on the case believe that they may be the shattered remains of the space rocks that made the craters, but didn’t exhume any material from the Moon’s crust. 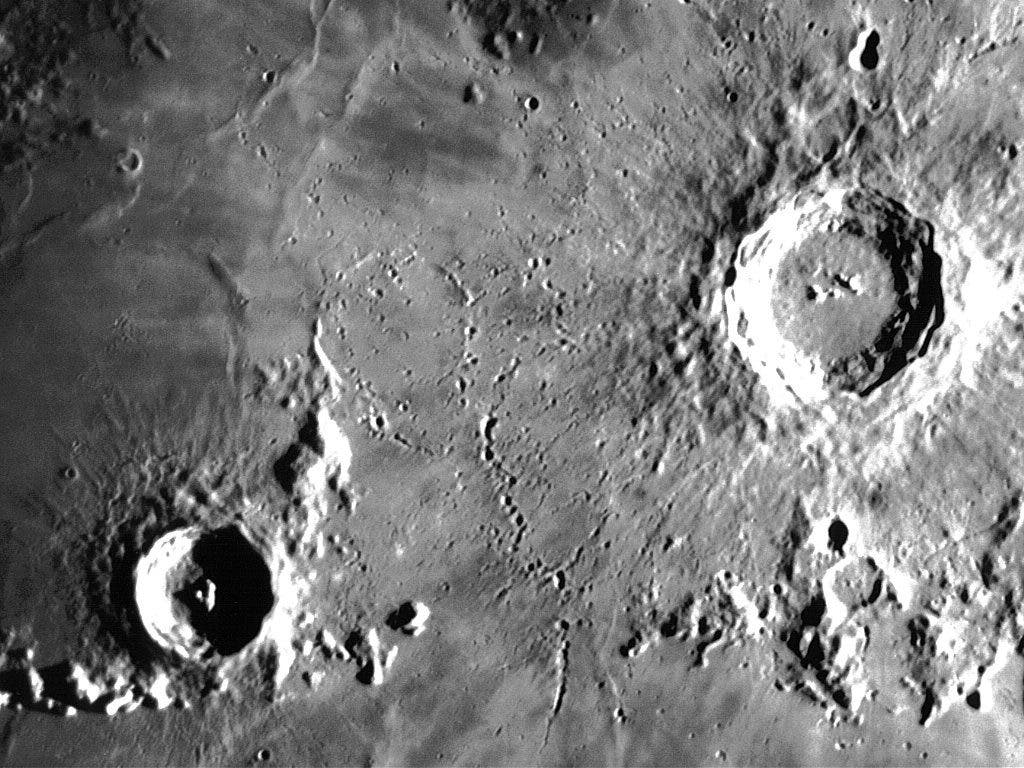 The foreign matter is probably asteroid debris, but some of it can even be from Earth – which is known to throw up its fair share of material as it gets hit by asteroids.

Interestingly enough, the discovery of this material didn’t come from analyzing the craters themselves, but rather by looking at a computer model of how meteorite impacts affect the Moon. To be more specific, researchers simulated a high-angle, exceptionally slow impacts — at least slow compared to possible impact speeds. What they found took them completely by surprise.

“Nobody has done it at such high resolution,” said planetary scientist Jay Melosh of Purdue University. Melosh and his colleagues published a paper on the discovery in the May 26 online issue of the journal Nature Geoscience.

They found that when the impact is slow enough (that means speeds of under 43,000 kph), the rocks which are hit don’t really vaporize, as was previously believed. Instead, the mass gets shattered into a rain of debris that is then swept back down the crater sides and piles up in the crater’s central peak.

In the case of the Copernic crater, depicted above, which is estimated to be about 800 million years old, the foreign material stands out because it contains minerals called spinels. Spinel is a magnezium/aluminum mineral that only forms at great pressures, like in the Earth’s mantle, for example (or even in the Moon’s mantle). But spinels are also relatively common in some asteroids which are fragments of broken or failed planets from earlier days of our solar system.

Judging by these results, scientists now believe that the unusual minerals observed in the central peaks of many lunar impact craters are not lunar natives, but imports.

“An origin from within the Moon does not readily explain why the observed spinel deposits are associated with craters like Tycho and Copernicus instead of the largest impact basins,” writes Arizona State University researcher Erik Asphaug in a commentary on the paper. “Excavation of deep-seated materials should favor the largest cratering events.”

If true, this also means that pockets of material from the early Earth might be in cold storage on the moon, says Asphaug.

“Even more provocative,” explains Asphaug, “is the suggestion that we might someday find Earth’s protobiological materials, no longer available on our geologically active and repeatedly recycled planet, in dry storage up in the lunar ‘attic’.”