Domestication could've well happened on its own.

by Alexandru Micu
Reading Time: 4 mins read
A A 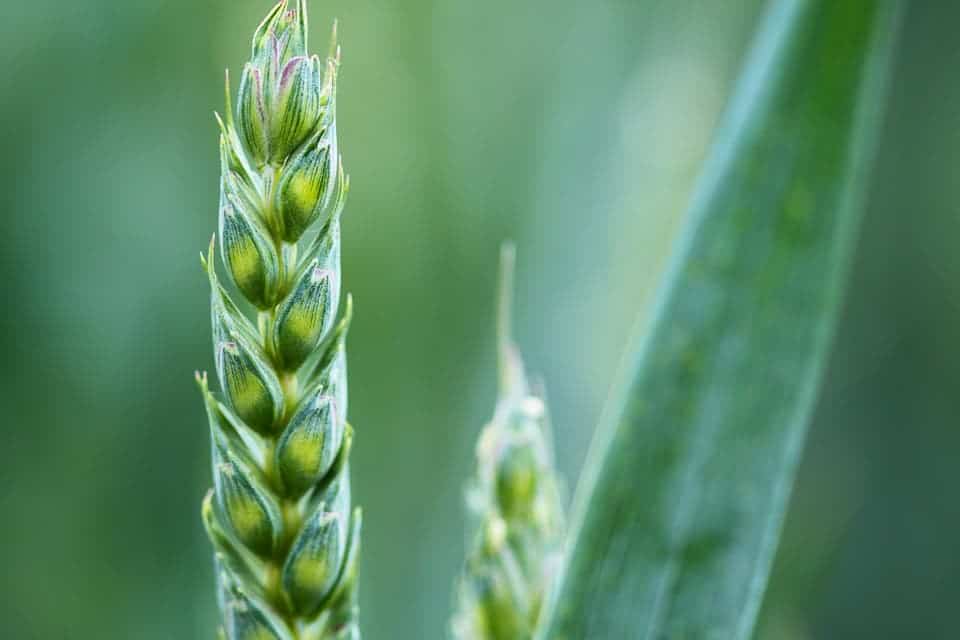 Ahh, agriculture. I’m a huge fan. It comes with some very harsh drawbacks, for the environment and our way of life both, but it also underpins pretty much everything about human society. Agriculture allows for some people to generate a food surplus, which means that other people don’t have to hunt or scavenge, so they can focus on more noble pursuits — such as writing for ZME Science. Again, a huge fan.

The agricultural revolution was a defining point in human history, and yet we don’t know very much about it. One aspect, in particular, piqued the interest of researchers from the Grantham Centre for Sustainable Futures at the University of Sheffield — crop domestication.

Why does this matter

If I’d ask you to imagine a hunter-gatherer plying his trade you’ll probably imagine a guy like you and me, dressed in furs, picking let’s say apples from a tree. Big, juicy, shiny apples. Which is oh so, so wrong. That’s the image we associate with apples because it’s how we’ve seen them in stores and on the internet and wherever our whole lives.

But that’s not at all how they looked back then. The fruits (and probably prey) hunter-gatherers had access to were wild, less tasty, tiny, and most importantly less energy dense.

The stuff we eat today would blow our stone-age ancestors’ fur socks away, and it’s all due to crop domestication. Through constant artificial selection, farmers have coaxed their crops into producing more ‘food’ and less of anything else — for example, the grains we plant today have lost their wild seed dispersal capacity, and rely completely on humans to spread. This dependency allowed farmers to create better crops over time — and better crops provided an exponential increase in crop yield compared to wild crops.

The transition from wild to domesticated crops happened during the early days of farming in the Stone Age, some 10,000 years ago, and there’s still a lot of questions about the issue we just don’t have an answer to. Professor Colin Osborne from the Grantham Centre for Sustainable Futures at the University of Sheffield and his team set out to answer one particularly interesting one: did early farmers know they were breeding certain characteristics into their crops or did these domesticated traits take root under their noses as the plants adapted to being taken care of?

My wild days are over

The team looked at seed sizes for a range of crops believed to have been domesticated in antiquity to find evidence of domestication. For seed crops, they looked at a range of cereals and pulses domesticated in different parts of the world. For vegetable crops, they analyzed both species that are typically grown from seed, and species that are vegetatively propagated (from cuttings/roots, such as potatoes). Fruit crops were not included in these comparisons.

The theory is that if people selected for better crops, the effects would be seen in leaves, stems, roots, or fruit, which are eaten as food. Vegetables are propagated by planting seeds, cuttings, or tubers but harvested for the parts I listed above, so seed size is not a direct determinant of yield. As such, domestication should not have had any effect on the seeds, as they had no particular nutritional use.

Changes in vegetable seed sizes instead must have stemmed from natural selection processes acting on cultivated crops, or from genetic links between them and other characteristics of the crops, such as plant or organ size — i.e. if the size of seeds is directly tied to the size of the plant and farmers select for larger plants, seed size would also unintentionally increase.

The researchers found strong evidence in support of a general enlargement of seeds alongside domestication. Domesticated maize seeds are 15 times larger than their wild counterparts, soybeans are seven times larger, while barley, wheat and other grain crops showed a more modest increase (by 60% and 15% respectively), they report. The team notes that “domestication had a significantly larger overall effect in grain than vegetable crops.”

“We found strong evidence for a general enlargement of seeds due to domestication across seven vegetable species,” said Professor Osborne.

“This is especially stunning in a crop like a sweet potato, where people don’t even plant seeds, let alone harvest them. The size of this domestication effect falls completely within the range seen in cereals and pulse grains like lentils and beans, raising the possibility that at least part of the seed enlargement in these crops also evolved during domestication without deliberate foresight from early farmers.”

The findings suggests that some, if not the majority of changes that took place in our staple crops during the early days of agriculture took place without deliberate selection from farmers. So overall, it’s likely that unintended selection was the main driver of crop evolution and crop yield increase in early farms. Understanding how crops evolved will help us better guide selection efforts in the future.

The full paper “Unconscious selection drove seed enlargement in vegetable crops” has been published in the journal Evolution Letters.