by Alexandru Micu
in Animals, Biology, News
A A

Farmer ants have mastered agriculture long before humans — in fact, some species have been practicing almost industrial-scale agriculture on domesticated crops for millions of years now. Scientists at the Smithsonian’s National Museum of Natural History are now trying to determine exactly when and where that started. 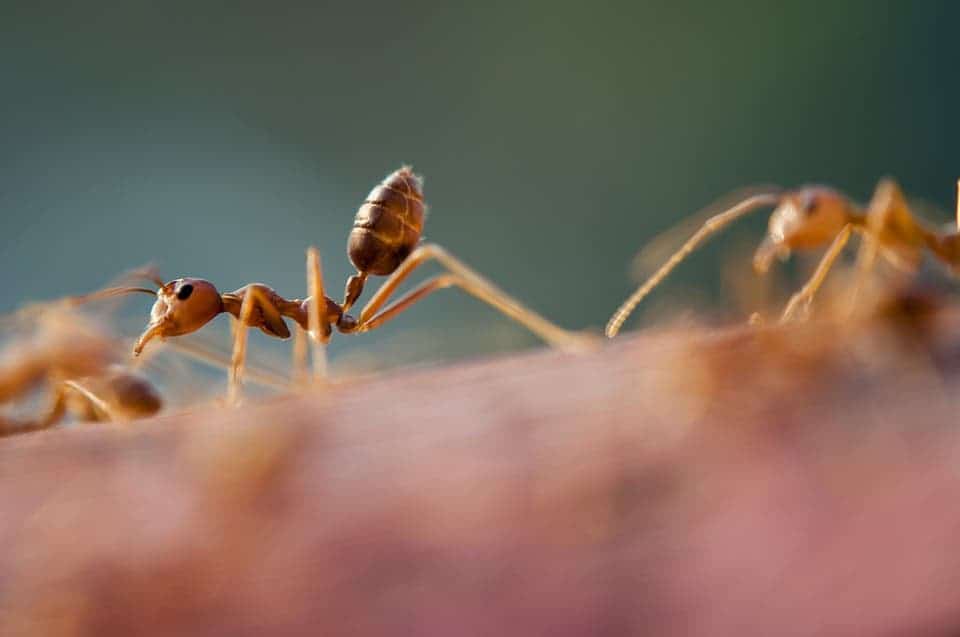 Ants are pretty cool. They also have the distinction of being the planet’s oldest farmers, seeing as they have a few millions of years ahead of us on the whole thing. Safely ensconced in underground shelters, these insects have been working and munching on various types of fungi the whole time. But some time in their agricultural development path, one group of ants got even better at farming by completely domesticating their crops.

This allowed them to tailor the crop to their needs, achieving a level of complexity that rivals our agricultural practices today. We know this group as higher agriculture ants, while their counterparts that toil away on wild or half-wild crops are called lower agriculture ants. To find out when and why the transition from lower to higher agriculture took place, researchers from the Smithsonian National Museum have traced the genetic heritage of farming and non-farming ants from wet and dry habitats throughout the Neotropics.

Ants and the fungi they grow share an almost symbiotic relationship. When a queen’s daughter leaves the nest to establish a colony, for example, she takes a piece of fungi to start the new crop. For lower agriculture ants, however, this bond isn’t quite as tight. Such species live primarily in wet rainforests, where the fungi can escape the colony and settle in the wild. If the crops falter, the ants will sometimes go fetch fungi back to the colony — so it’s not all bad that both species are less dependent upon the other.

But this more casual fling means the fungi used for the crops is at best a mix of cultivated and wild heritage, limiting the ants’ ability to domesticate it.

And as we’ve found out throughout time, you absolutely, definitely, hands-down want to domesticate your crops. It makes food look better, taste better, more nutritious, and most importantly, more plentiful. One side effect of domestication, however, is that the crops lose most of their ability to survive without farmers, since they’re so well adapted to being tasty, guarded, and tended to, that they’re bad at everything else.

That’s also the case with higher agriculture ants. Their crops are completely dependent on the ant farmers and have never been found living without them. Higher agricultural ants’ food grows faster and is more nutritious, so they can live in bigger communities and pool all resources towards growing the fungus, removing pathogens, hauling waste, and keeping environmental conditions just right for the crops.

“These higher agricultural-ant societies have been practicing sustainable, industrial-scale agriculture for millions of years,” said Schultz. “Studying their dynamics and how their relationships with their fungal partners have evolved may offer important lessons to inform our own challenges with our agricultural practices.”

“Ants have established a form of agriculture that provides all the nourishment needed for their societies using a single crop that is resistant to disease, pests and droughts at a scale and level of efficiency that rivals human agriculture.”

Today, however, many species of agricultural ants are threatened by habitat loss. Schultz has been collecting specimens from various species to preserve in the museum’s cryogenic biorepository for future genomic studies in case these ants go extinct. For this study, he and his colleagues have compared the genes of 119 modern ant species, most of which were collected over decades of Schultz’s work in the field. The DNA sequences were compared at over 1,500 genome sites of 78 fungus-farmer and 41 non-fungus-farming ant species.

They identified the closest living non-farming relative of today’s fungus-farming ants based on their analysis, then looked at the geographic range of these species to try and deduce under what conditions higher agriculture emerged. In other words, when the crops became dependent on the ants for survival. According to the evolutionary tree they constructed based on the genetic analysis, the team believes ants first transitioned to higher agriculture in a dry or seasonally dry climate, somewhere around 30 million years ago.

Mean temperatures on Earth were dropping at the time, so dry areas were becoming more prevalent. As more and more ants lost their initial habitat and moved to these areas, they brought their crops along. But the fungi evolved to live in forests and couldn’t do the old leave-the-nest trick without dying here. In fact, they couldn’t do the old don’t-die trick at all without the ants in the new environment.

“But if your ant farmer evolves to be better at living in a dry habitat, and it brings you along and it sees to all your needs, then you’re going to be doing okay,” Schultz explains.

“If things are getting a little too dry, the ants go out and get water and they add it. If they’re too wet, they do the opposite.”

So the fungi became completely dependent on the ants since they couldn’t escape and return to the wild. Being carried over into a hostile habitat, the fungi’s survival depended on the survival of the colony and it found itself “bound in a relationship with those ants” what wasn’t there in wet forests, Shultz adds.

The shift shows how a species can become domesticated even without its farmers consciously selecting for certain traits, as human farmers would do. By moving into the drier habitats, the ants isolated their crops and decoupled their evolution from its relatives — making it take on new traits that it wouldn’t need in the wild.

The full paper “Dry habitats were crucibles of domestication in the evolution of agriculture in ants” has been published in the journal Proceedings of the Royal Society B: Biological Sciences.