by Mihai Andrei
in Biology, Chemistry
Reading Time: 3 mins read
A A
Share on FacebookShare on TwitterSubmit to Reddit

Remember when, in 2010, we told you about a team of researchers which claimed they found a bacteria that feasts on arsenic, instead of phosphorous? The study has spurred quite the discussion, receiving a lot of both criticism and praise, but seeming to be, ultimately, incorrect (as this other study also claims). Dan Tawfik, who studies protein function at the Weizmann Institute of Science in Rehovot, Israel, put the final nail in the theory’s coffin.

The main ingredients for life

Currently, life as we know it requires six elements to survive (CHNOPS): Carbon, Hydrogen, Nitrogen, Oxygen, Phosphorus, and Sulfur. Practically over 98% of all dry organic matter is made from these elements. Arsenic is chemically somewhat similar to sulfur, but it’s actually very poisonous to most life, so finding a bacteria that relies on it to survive could essentially change the way we understand life itself; obviously this is a big thing.

After the initial momentum passed, the theory started losing ground and started being attacked, so that after a year, few believed it to be correct. The bacteria, (GFAJ-1 microbe) became boring. But biology is never boring – life is never boring, and a key question remained: how does GFAJ-1 differentiate between nearly identical molecules of phosphate (PO43-) and arsenate (AsO43-).

Arsenic vs phosphorous: a chemical bond

Professor Dan Tawfik and his team dug deep and found what makes bacteria attach to phosphorous molecules and avoid arsenic ones, suggesting that a single chemical bond holds the key.

“This work provides in a sense an answer to how GFAJ-1 (and related bacteria) can thrive in very high arsenic concentrations,” say Tobias Erb and Julia Vorholt of the Swiss Federal Institute of Technology in Zurich, co-authors of the latest paper, who were also co-authors on a follow-up paper that cast doubt on the initial arsenic-life claims.

The team analyzed five types of phosphate-binding protein from four different bacteria species; out of four, two were resistant to arsenic and two were highly sensitive to it. In order to study just how good these bacteria are at differentiating between molecules, they were placed in a solution with a set amount of phosphate and different concentrations of arsenate for 24 hours and then checked which molecules they naturally bound to. 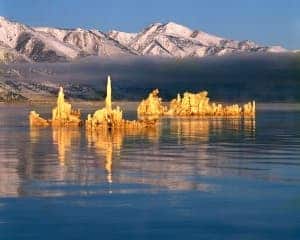 When 50% of the proteins ended up bound to arsenate, it was clear the ability to differentiate had been overwhelmed. Even when there was 500 times more arsenic than phosphorous molecules, all four species were still able to differentiate and bound to the right molecules. As a matter of fact, the one from Mono Lake, which sparked the original study, was able to do so even at arsenate excesses of up to 4,500-fold over phosphate.

Tawfik says that he was shocked by how good bacteria are at extracting the necessary phosphorous while rejecting the deadly arsenic; however, this doesn’t show bacteria is arsenate-free.

“It just shows that this bacterium has evolved to extract phosphate under almost all circumstances.”

The Arsenate monster, as the GFAJ-1 bacteria was jokingly called by some biologists actually goes to a huge amount of effort to actually avoid arsenic – clearly showing that it doesn’t like the element inside its cytoplasm.

Felisa Wolfe-Simon, lead author on the original Science paper and now at Lawrence Berkeley National Laboratory in Berkeley, California showed an extremely positive fair play attitude, explaining “represents the kind of careful study that really helps the community”. However, we mustn’t reject novel ideas such as the one she proposed – it’s this kind of study which push the scientific boundaries most, be it to confirm or disprove them.