What Can Quartz Crystals Really Do?

Quartz is cherished for its properties, but I'm not talking about magic.

by John Tuttle
in Chemistry, Geology, Science, Tech
A A

Crystals have caught the eye of humans since the dawn of time. Some scientists have even speculated that the origins of life on Earth may trace its origins to crystals. It shouldn’t come as a surprise that these gleaming mineral formations appear frequently in pop culture often as having supernatural powers (even though they don’t). A few examples of this reoccurring theme are the Silmarils in the Lord of the Rings universe and the sunstones in James Gurney’s Dinotopia.

The atoms which make up a crystal lie in a lattice which repeats itself over and over. There are several methods for generating crystals artificially in a lab, with superheating being the most common process. Likewise, in nature, a hot liquid (eg: magma) cools down, and as this happens, the molecules are attracted to each other, bunching up and forming that repeating pattern which leads to crystal formation.

Quartz is one of the most abundant minerals found on the planet. This mineral is known to be transparent or have the hues of white, yellow, pink, green, blue, or even black. It is also the most common form of crystalline silica which has a rather high melting point and can be extremely dangerous if inhaled in its powdered form. This mineral compound is present in the majority of igneous rocks. Some quartzes are considered semiprecious stones. Aside from mere bedazzlement, they have been used in countless industries. 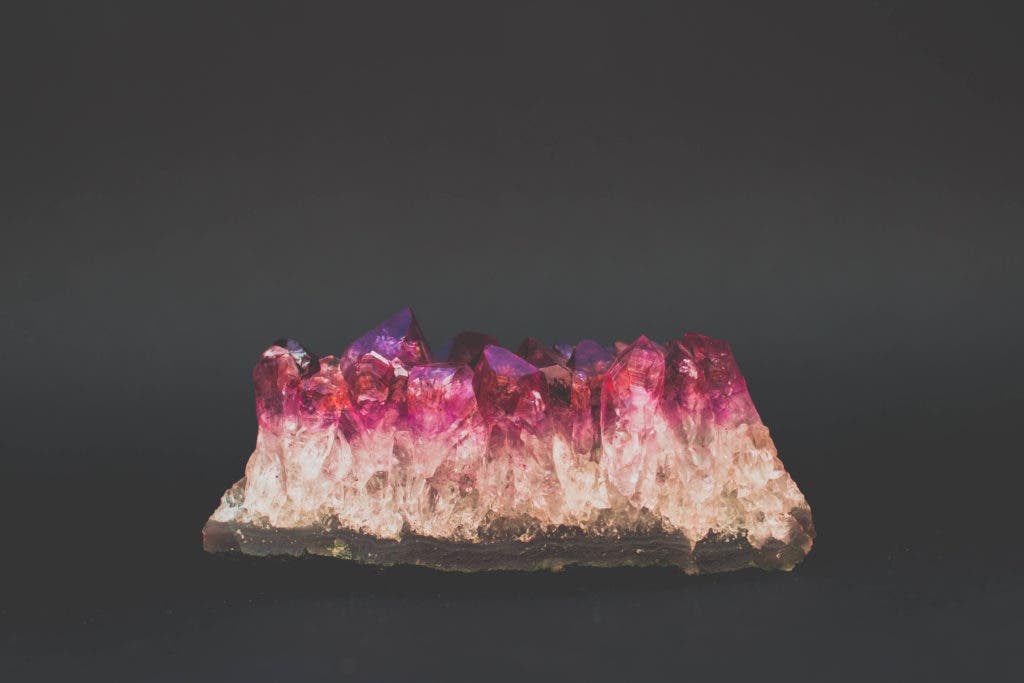 If a pressure is applied to the surface of a quartz crystal, it can give off a small electrical charge. This effect is the result of the electrically charged atoms (the ions) dispersing and spreading away from the area to which the pressure is being applied. This can be done in a number of ways, including simply squeezing the crystal. It also dispenses an electric current if a precise cut is made at an angle to the axis.

Since it possesses this property, quartz has been a component of devices such as radios, TV’s, and radar systems. Some quartz crystals are capable of transmitting ultraviolet light better than glass (by the way, quartz sand is used in making glass). Because of this, low-quality quartz is often used for making specific lenses; optical quartz is made exclusively from quartz crystals. Quartz which is somewhat clouded or which is not as transparent as the stuff used for optics is frequently incorporated into lab instrumentation.

Scientists have employed quartz for many things, and they have considered its role in the Earth sciences a crucial one. Some have stated it directly brings about the reaction which forms mountains and causes earthquakes! It continues to be used in association with modern technology, and it likely will lead us to more discoveries in the future.