Mammoths wiped out by multiple killers

by Mihai Andrei
in Biology
Reading Time: 4 mins read
A A
Share on FacebookShare on TwitterSubmit to Reddit

As it turns out, no one single factor was powerful enough to wipe out the woolly mammoth – instead, a sum of factors acted towards their demise, much like many animals are threatened today. 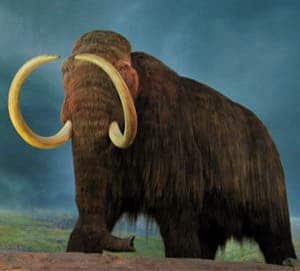 Woolly mammoths roamed the globe for 250.000 years, wandering from North America to Europe to Asia, until they were driven extinct by a multitude of culprits: climate change, human hunters and declining habitats. Does this ring a bell? Mammuthus primigenius was covered with hairs about 50 cm long and possessed long, curved tusks, that measured up to 4.9 meters in length. They vanished from Siberia no longer than 10.000 years ago, although dwarf mammoths survived on Wrangel Island in the Arctic Ocean until 3,700 years ago.

The mammoths, which were warm-blooded, though able to thrive in cold climates, were not as diversified as other species. Many researchers have claimed that it was the global warming that brought them down, while others believed it was the human hunters that killed them off, along with other ice giants. Some even went as far as to claim a comet was the culprit.

But now, a thorough analysis of fossils, artifacts, paleoclimatic studies and environmental sites spanning millennia suggests that no one factor was powerful enough.

“These findings pretty much dispel the idea of any one factor, any one event, as dooming the mammoths,” researcher Glen MacDonald, a geographer at the University of California, Los Angeles, explained. 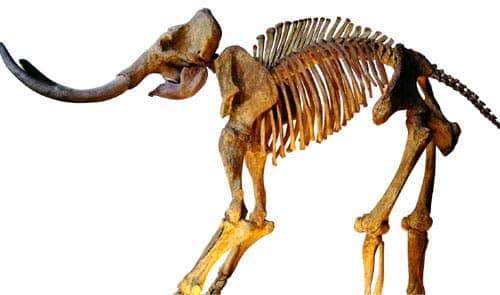 Scientists investigated the extinction of woolly mammoths living in Beringia, the last refuge of mammoths that nowadays lies mostly submerged under the icy waters of the Bering Strait, analyzing samples from more than 1,300 woolly mammoths, nearly 450 pieces of wood, nearly 600 archaeological sites and more than 650 peatlands, putting together their ages in order to see how the mammoths changed their environments over time. They also probed genetic material found in fossils, and researchers are confident with their dataset.

“There will be people talking about the incompleteness of the fossil record, and there’ll always be uncertainties here, no question, but the size of our database is thousands of data points, so I think we can see the general patterns,” MacDonald said.

Their results revealed that woolly mammoths flourished in the open steppe of Beringia between 30,000 to 45,000 years ago, relying mostly on lush grass and willow trees.

“That seemed to be very favorable for mammoths, in terms of abundance,” MacDonald said. Humans coexisted with mammoths back then, clearly not driving them to extinction at that time.

Later, about 20-25.000 years ago, during the iciest part of the ice age, northern woolly mammoth populations declined, likely because the area became too barren to be hospitable for the mammoths.

“There was no one event that ended the mammoths,” MacDonald said. “It was really the coalescence of climate changeand the habitat change that triggered [it], and also human predators on the landscape at the end.”

Aside from providing valuable information about mammoths, the findings could shed valuable light on what many species are facing today.

“Mammoths faced profound climate change and very profound changes in their habitat and landscape, and also faced pressure from humans,” MacDonald said. “Now think about the 21st century, where we’re seeing rapid climate change, massive changes in the landscape and certainly pressure from humans on the environment. Species today are facing the same sorts of challenges the mammoths did, but the rate of those changes today are much greater than what mammoths faced.”

Japanese and Russian scientists announced they are interested in cloning a mammoth, but other researchers are extremely skeptic of this affair.