Diversity is what helped mammals survive through deep time

by Tibi Puiu
in Animals, Research, Studies
A A 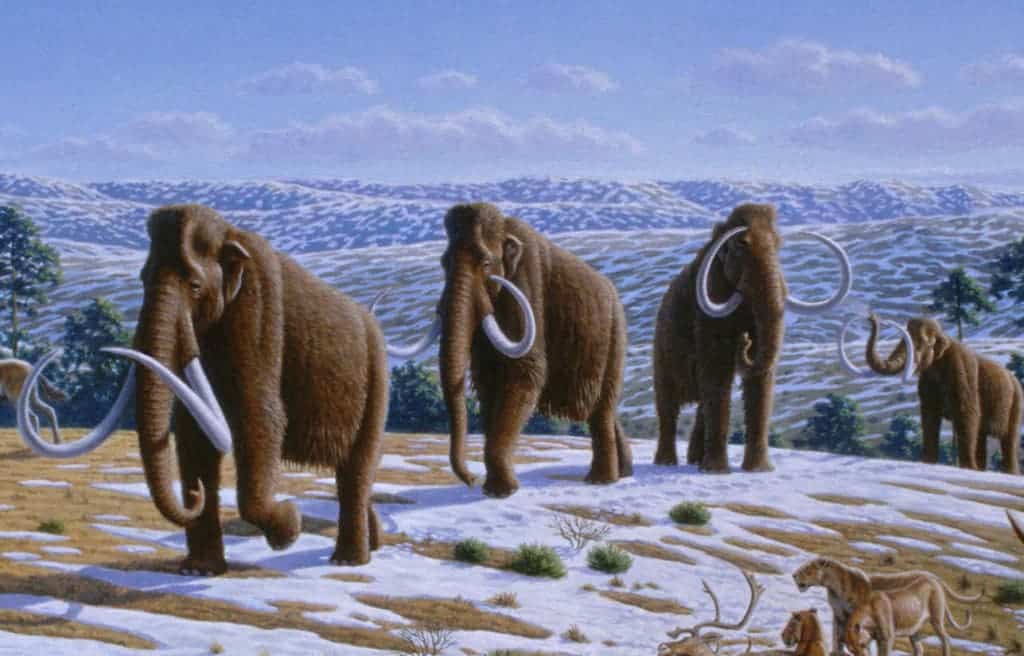 After the great dinosaur extinction some 65 million years ago, mammals finally had their big shot as numerous niches became free for the taking. Thus, from mouse size, some mammal species surfaced which were as large as a bus, the so called mammal megafauna, like mammoths, giant sloths or saber-tooth tigers. However, a dire trial of their own was to come. Through out millions of years, mammals were challenged by a series of alternating climate cycles. According to a recent study by scientists at Vanderbilt University, diversity was the key to their survival.

The study focused on the various ups and downs in range and diversity of families of mammals that inhabited the continental U.S. during  the period that began with the Eocene and ended 12,000 years ago with the terminal Pleistocene extinction. The scientists involved in the study looked at a myriad of fossil records, however its almost impossible to distinguish highly related species between one another, so instead they concentrated on performing a family-level analysis. They analyzed 35 different families, such as Bovidae (bison, sheep, antelopes); Cricetidae (rats, mice, hamsters, voles); Equidae (horses, donkeys); Ursidae (bears); Mammutidae (mammoths); and Leporidae(rabbits and hares).

What their analysis showed was that the range and distribution of mammalian families stayed surprisingly consistent, despite major climate changes through out the 56 million year period, which saw temperature differences of several degrees, in alternating warm/cold cycles, and finally ended with the Ice Ages that alternated between relatively cold glacial and warm interglacial periods.

“These data clearly show that most families were extremely resilient to climate and environmental change over deep time,” said Larisa R. G. DeSantis, assistant professor of earth and environmental studies at Vanderbilt University who directed the study.

The scientists’ research shows that families retained more or less similar niches through out millions of years and is consistent with the idea that family members may inherit their ranges from ancestral species. However, the biggest takeaway is the fact that the researchers observed a highly important link  between a family’s diversity and its range – the greater diversity a family has, the better the stability and range.

“Diversity is good. The more species a family has that fill different niches, the greater its ability to maintain larger ranges regardless of climate change,” says DeSantis.

Mammals have demonstrated a remarkable ability to adapt to their environmental conditions, re-sizing and migrating easily. Understanding how mammalians have adapted through out deep geological time is highly important to understanding how they will adapt in the future, especially considering that one in four species of land mammals in the world faces extinction.

“It is particularly important to establish a baseline that shows how they adapted before humans came on the scene to complicate the picture.”

The findings were published in the journal PLoS One.