by Mihai Andrei
in Geology, Science
Reading Time: 2 mins read
A A
Share on FacebookShare on TwitterSubmit to Reddit 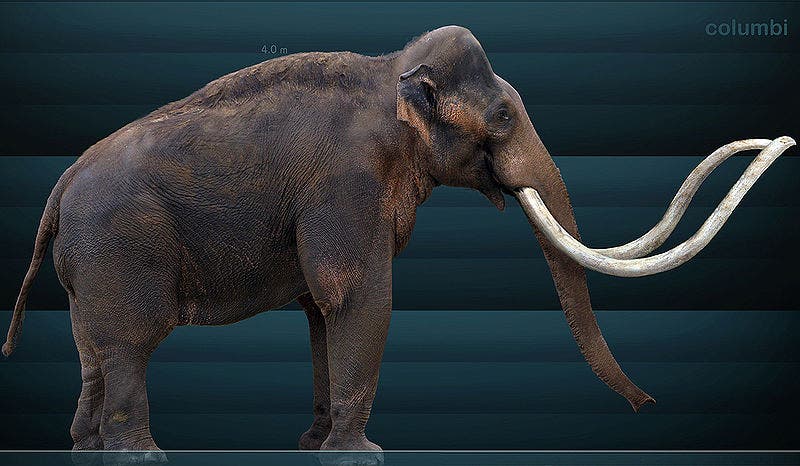 Fossil hunting is for anybody – no matter how old, or how knowledgeable; all you need is a little information and some basic equipment, and you’re good to go. For Andrew Carroll and Thomas Smith, two North Texas sixth-graders, it required even less. Their adventures started when they found a bone while off playing and exploring a creek.

“We all got excited because I knew it was too big to be a cow bone, so we knew it was a dinosaur bone,” Andrew said of himself and his Pottsboro Middle School classmate.

After that, the Dallas Paleontological Society started investigating and found that the bone actually belongs to a Columbian mammoth, one of the two largest species of mammoth. They then took a look at the entire area, and were really really surprised to see what lies there.

“This area is a fossil gold mine,” society member Ed Swiatovy of Sherman told the Herald Democrat of Sherman and Denison for a story in Sunday editions. “At one time, it was under an inland sea. When it came to the end of the dinosaurs, when mammals took over, this area was grass plains and woodlands — everything that mammals like. This area has always been conducive to marine or mammal life forms.”

Volunteers then started excavating the area found by the boys, rapidly digging a few more mammoth bones, which were sent to the Museum of Nature & Science in Dallas for study and carbon dating. Also, a team of archaeologists from Southern Methodist University in Dallas surveyed the area in hope of finding evidence of human life, but they have had no success whatsoever.

The area surrounding Red River is known for its abundance of fossils, and just five years ago a team of society volunteers found the remains of a 90 million year old plesiosaur. However, none of these discoveries wouldn’t have happened (at least now) if it weren’t for two curious boys, who will definitely spend more time playing and exploring the creek.