Paleontologists have scratched the surface of what appears to be a very promising dinosaur site near the Arctic circle, in Alaska. 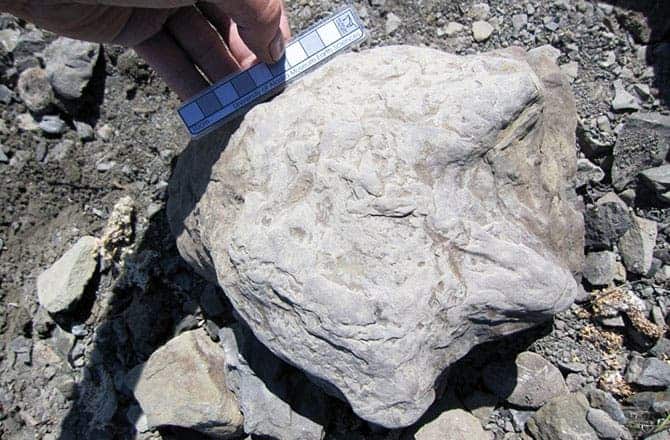 When these dinosaurs roamed the Earth, they stepped in mud; their footprints quickly filled with sand, and were preserved in the form we see them today, like blubs with toes. In July, the scientists from the University of Alaska Museum of the North embarked on a 500-mile (800 kilometers) journey down the Tanana and Yukon rivers, bringing back almost a ton of dinosaur footprint fossils!

“We found dinosaur footprints by the scores on literally every outcrop we stopped at,” expedition researcher Paul McCarthy, of the University of Alaska Fairbanks, said in a statement. “I’ve seen dinosaur footprints in Alaska now in rocks from southwest Alaska, the North Slope and Denali National Park in the Interior, but there aren’t many places where footprints occur in such abundance.”

A find of this magnitude today is extremely rare, and paleontologists have their work cut out for them, trying to understand this ecosystem of which they know almost nothing about. 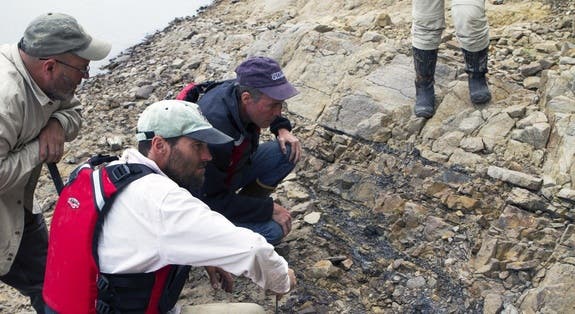 “This is the kind of discovery you would have expected in the Lower 48 a hundred years ago,” Druckenmiller said in a statement. “We found a great diversity of dinosaur types, evidence of an extinct ecosystem we never knew existed.”