by Jasmine Mitchell
in Astronomy, Space, Space flight
A A 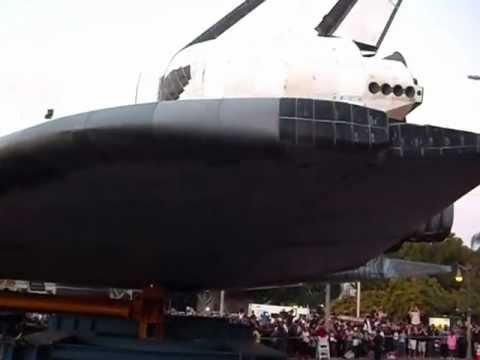 This past weekend, the last American space shuttle, the Endeavour, made its final trip through the streets of Los Angeles to the California Science Center.

The trip lasted from midnight Friday morning until midday Sunday as the shuttle traveled at the high speeds of two miles per hour.  There were many delays and the shuttle reached its destination 17 hours after expected.  Trees were cut down, street lights were removed, and power was temporarily shut down to make way for the Endeavour.  This voyage was estimated at about $10 million spent.  As expensive and annoying as this parade through Los Angeles was, it still remains as a once in a lifetime experience that will be remembered through these streets.