by Mihai Andrei
in Anthropology, Archaeology
Reading Time: 2 mins read
A A
Share on FacebookShare on TwitterSubmit to Reddit

It may not look like much, but this weird looking coal-like thing is actually a 4.000 year old preserved brain, which was “scorched and boiled in its own juices.”

“The level of preservation in combination with the age is remarkable,” Frank Rühli at the University of Zurich, Switzerland explained, adding that most archaeologists simply don’t even look for brain matter. “”If you publish cases like this, people will be more and more aware that they could find original brain tissue too.”

The brain was found in Turkey, in a bronze age settlement called Seyitömer Höyük, and it is one of the oldest preserved organs ever found.

“In 2010, an archeological excavation of a Bronze Age layer in a tumulus [burial mound] near the Western Anatolia city Kütahya revealed fire affected regions with burnt human skeletons and charred wooden objects,” the team behind the find wrote in their paper on the brain. “Inside of the cracked skulls, undecomposed brains were discernible.”

It’s unclear exactly what happened, but there was definitely a fire that cooked the corpse and the brain inside; the thing is, it’s just like every single condition was just perfect to preserve the organ this good. 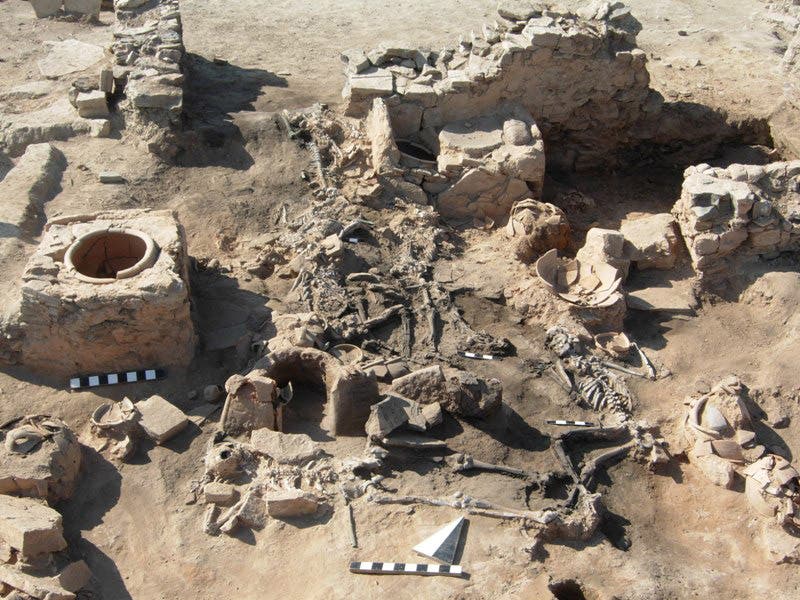 The heat eliminated all the oxygen and the moisture from the brain, making its preservation possible. The chemical makeup of the soil — rich in potassium, magnesium and aluminium — was also crucial, reacting with the fatty brain tissue to form “corpse wax”.

“Neural tissues are quite distinct, thus having ancient samples would help to better understand adaptations but also [the] evolution of neuropathologies,” Rühli told The Huffington Post. “I think this is very important medically and has huge diagnostic potential.”

It’s hard to say now if any useful information could be derived from it, though researchers are optimistic.

“If we want to learn more about the history of neurological disorders, we need to have tissue like this,” Rühli elaborated.