Head banging can hammer the brain 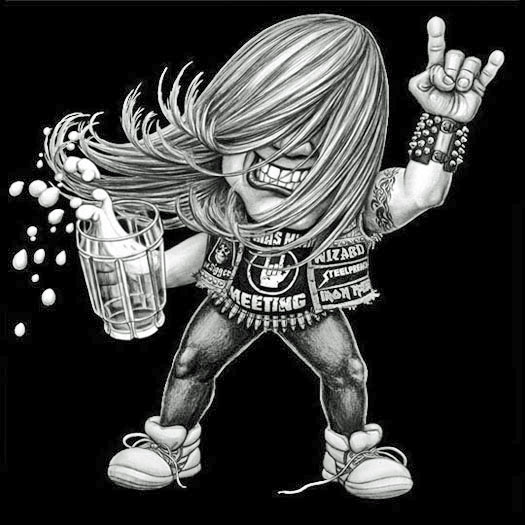 If you’ve ever been to a rock concert, you know that unique feeling when you leave the arena, and the whole world is in your pocket; that feeling appears whether you’re a headbanger or not, no difference there. But the difference, it seems, appears in your head.

When I first heard what inspired Associate Professor Andrew McIntosh, co-author and professor of biomechanics at UNSW to lead this study, I started laughing, basically. He said:

“If you observe people after concerts they clearly look dazed, confused and incoherent, so something must be going on and we wanted to look into it.”

Well hello, that’s the whole point of it, right?? Besides, most people have a drink or two (or ten) before going to concerts anyway. Turns out, I didn’t have the last laugh.

What they did is they constructed a theoretical headbanging model, which simulates what happens inside your head during the practice. So they found out what are the medically correct parameters of headbanging:

“These songs had an average tempo of 146 beats per minute, and at this tempo we predict that head banging can cause headaches and dizziness if the range of movement of the head and neck is greater than 75°,” the researchers wrote.

But surprise, researchers admit they are not a true metal fan, and despite this being a pure observational study, they advise against this technique. Of course, they also had to attend several concerts at Black Sabbath and Motorhead (and they didn’t like it…). Still, they concluded that other than headaches and dizziness, it’s very unlikely that headbangers would suffer from something more serious. This is the first study I’ve ever read about headbanging (and it’s very possible that it is in fact actually the first), but it doesn’t seem like there’s going to be a swarm of scientists on this one.