by Tibi Puiu
in Health & Medicine, Mind & Brain, Research
A A 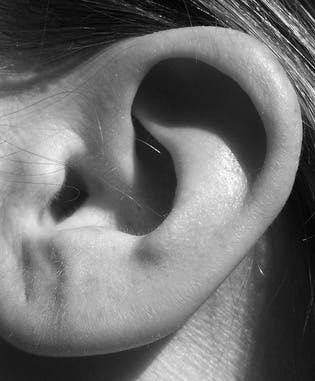 After she suffered a stroke, a 36-year-old professor started to feel sounds. In the beginning she didn’t know what was happening when a radio announcer’s voice made her tingle, or when during a flight she became physically uncomfortable.

Neuroscientist at the City College of New York and the Graduate Center of the City University of New York believe they understand what happened in this particular case of synesthesia, after enhanced brain scans showed that new links had grown between its auditory part, which processes sound, and the somatosensory region, which handles touch.

“The auditory area of her brain started taking over the somatosensory area,” says Tony Ro, one of the researchers.

Based on this peculiar case, the scientists who have researched the woman’s case have presented a paper at the recent at a meeting of the Acoustical Society of America, where they stated that a deep connection between hearing and touch is nested inside each of us. Their theory was formulated around vibrations and how they trigger certain nerves in both touch and hearing sensory parts of the human body. A phone vibrating will be felt by the skin, while a phone on a ring tone will create sound waves which vibrate the eardrum.

Bearing this in mind, researchers have shown that hearing a sound can boost touch sensitivity, which Ro calls the mosquito effect. The name comes from an obvious example in which the bug’s buzz makes our skin prickle, meaning that you’ll actually be able to sense the mosquito touching your skin better, according to a 2009 paper he published in Experimental Brain Research.

Further MRI scans of people’s brains have shown that the auditory region can activate during a touch, and some speculate that chunks of brain specialized to understand frequency may play a role in crossing the wires. How the two senses come together in the end is still confussing for scientists.

Still, image being able to feel all sorts of stuff based on the vibrations the various kind of music you’d like to listen. How would listening to Lady Gaga would differ from Led Zeppelin or Nat King Cole or classical music?