The speed at which someone walks and the likelihood of dementia don’t have absolutely anything in common at a first glance, but according to a study published in the British Medical Journal in 2009 there is a ‘strong association’ between the two.

They also said at a conference that grip strength in middle-aged men was linked to the likelihood of a stroke. Dr Erica Camargo, who conducted the study, explains:

“While frailty and lower physical performance in elderly people have been associated with an increased risk of dementia, we weren’t sure until now how it impacted people of middle age.” 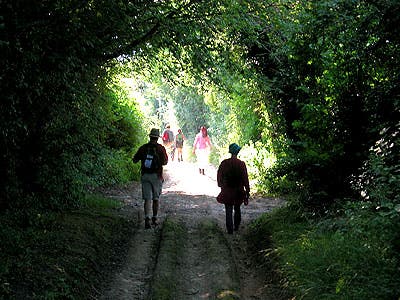 In order to prove this, she conducted brain scans on 2,410 people who were, on average, 62 years old, comparing them with walking speed and grip strength. Analysis revealed that as years passed, those who walked slower had an increased risk of dementia, and those with a weaker grip had an increased stroke risk.

“These are basic office tests which can provide insight into risk of dementia and stroke and can be easily performed by a neurologist or general practitioner. “Further research is needed to understand why this is happening and whether preclinical disease could cause slow walking and decreased strength.”

Although the reason and mechanics behind these issues are not yet fully understood, it is another perfect example of how common issues can severely affect your health, like bad sleep is linked with Alzheimer’s, for example.

Dr Anne Corbett, research manager at the Alzheimer’s Society, said: “Before people take stock in the strength of a handshake or the speed you cross the road, more research is needed to understand why and what other factors are involved.

“The good news is that there are many things you can do to reduce your risk of developing dementia. “We recommend you eat a healthy balanced diet, don’t smoke, maintain a healthy weight, take regular exercise; and get your blood pressure and cholesterol checked regularly.”

However, many are skeptical about the validity of this study, so one thing’s for sure: more tests have to be conducted before we can surely state that there is a connection between walking and dementia.