Truly random numbers might be generated with quantum physics

by Tibi Puiu
in Physics, Research
Reading Time: 2 mins read
A A
Share on FacebookShare on TwitterSubmit to Reddit 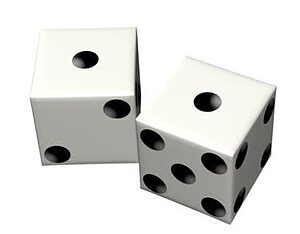 Does flicking a dice really render a random face? The answer would be no. The dice is governed by large-scale conventional physics and its motion, and thus final position can be determined. You can’t tell where it lands just by looking at it thwirl, of course, but the fact remains it’s not random, and neither is any current computing system that operates in a sequential manner since they work through algorithms, which can all be determined. This means any computer can be hacked, no exceptions. A novel way of generating numbers set-up by Ottawa physicists, however, provides means of generating a truly random number, and with it the key to full proof anti-hacking encryption.

This has been achieved by capitalizing quantum mechanics. At a quantum scale, the motion of electrons and protons is completely and genuinely random, since it doesn’t follow a clear path of cause and effect. You basically have no idea what’s going to happen. If you can measure this somehow, than you’ve got yourself an absolutely random value.

Ben Sussman builds quantum technologies at the National Research Council and is part of the team which is currently exploring this possibility, which could provide enormous security benefits to the military or banking sector, and even, why not, personal e-mails.

“If you want to defeat an adversary who is trying to hack into your system, basically you need large quantities of random numbers,”  Sussman said.

“This has the potential to scale to extraordinarily fast rates, which is becoming more and more important as information networks expand and there are higher data rate requirements.”

How can you tap on this idea? The researchers used pulses of laser light, which only last a trillionth of a second, that were directed through a diamond. The light comes and goes through the diamond, however when it exists it’s changed, since it has to pass through quantum vacuum fluctuations, the microscopic flickering of the amount of energy in a point in space. Scientists can measure these pulses of light that emerge from the experimental set-up, measurements which are the truly random.

“As technologies depending upon random number sequences proliferate, the fact that the numbers are not really random becomes increasingly problematic,” Sussman adds.

“…a truly random number generator will provide impenetrable encryption for communications — be they military transmissions, secure banking, or online purchasing — that underpin the modern connected world.”