Rembrandt Harmenszoon van Rijn is one of the most talented and famous artists in human history. It's been almost four centuries since he created his unique masterpieces. Now, a team of artists, researchers and programmers wanted to see if they can create a new Rembrandt painting - through a computer algorithm.

by Mihai Andrei
in Art, Technology

Rembrandt Harmenszoon van Rijn is one of the most talented and famous artists in human history. It’s been almost four centuries since he created his unique masterpieces. Now, a team of artists, researchers and programmers wanted to see if they can create a new Rembrandt painting – through a computer algorithm. 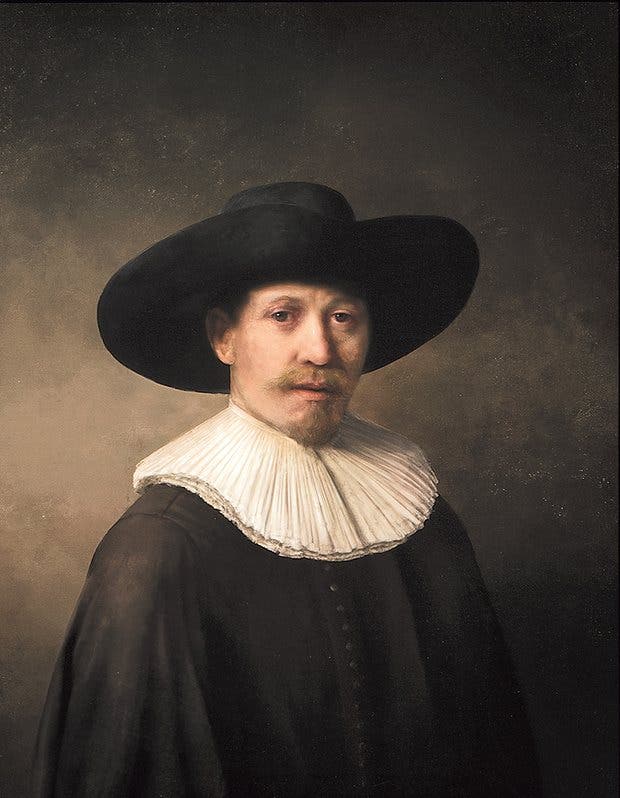 “We examined the entire collection of Rembrandt’s work, studying the contents of his paintings pixel by pixel. To get this data, we analyzed a broad range of materials like high resolution 3D scans and digital files, which were upscaled by deep learning algorithms to maximize resolution and quality. This extensive database was then used as the foundation for creating The Next Rembrandt.”

The algorithm analyzed patterns in Rembrand’s works, such as eye shape and color scales. The goal was to create a new work while mirroring Rembrand’s style as much as possible. They chose a portrait as the main theme for the “painting”, opting for a Caucasian male between the ages of 30 and 40, with facial hair, wearing black clothes with a white collar and a hat, facing to the right. Rembrandt created many similar works.

Emmanuel Flores, director of technology for the project declared:

“We found that with certain variations in the algorithm, for example, the hair might be distributed in different ways,” explained Mr Flores.

But ultimately, not he nor anyone else chose the final characteristics of the painting. They just implemented the algorithm, and the algorithm decided on the ultimate appearance of the portrait.

After the image was created, it was 3D-printed to give it the same texture as an oil painting. Even the way Rembrandt used brushstrokes was replicated in the 3D printing.

“Our goal was to make a machine that works like Rembrandt,” said Mr Flores. “We will understand better what makes a masterpiece a masterpiece.”

However, he added, “I don’t think we can substitute Rembrandt – Rembrandt is unique.”

The painting will be featured on an exhibition in the UK, but no place or date have been made public.

The two-year project, entitled “The Next Rembrandt“, was a collaboration between Microsoft, financial firm ING, Delft University of Technology and two Dutch art museums – Mauritshuis and Rembrandthuis.