Computer analyses fine art like an expert would. Art only for humans?

by Tibi Puiu
in Science, Technology
Reading Time: 2 mins read
A A
Share on FacebookShare on TwitterSubmit to Reddit

When fine art is concerned, or visual arts in general for that matter, complex cognitive functions are at play as the viewer analyze it. As you go from painting to painting, especially different artists, the discrepancies in style can be recognized, and trained art historians can catch even the most subtle of brush strokes and identify a certain artist or period, solely based on this. For a computer, this kind of analysis can be extremely difficult to undertake, however computer scientists at Lawrence Technological University in Michigan saw this as an exciting challenge and eventually developed a software that can accurately analyse a painting, without any kind of human intervention based solely on visual cues, much in the same manner an expert would.

The program was fed 1,000 paintings from 34 well known artists and was tasked with grouping artists by their artistic movements, and provide a map of similarities and influential links. In first instance, the program separated the artists into two main, distinct groups: modern (16 painters) and classical (18 painters).

Each painting had 4,027 numerical image context descriptors analyzed – content of the image such as texture, color and shapes in a quantitative fashion. Using pattern recognition algorithms and statistical computations, the software was able to group artists into styles based on the similarities and dissimilarities, and then quantify these similarities. 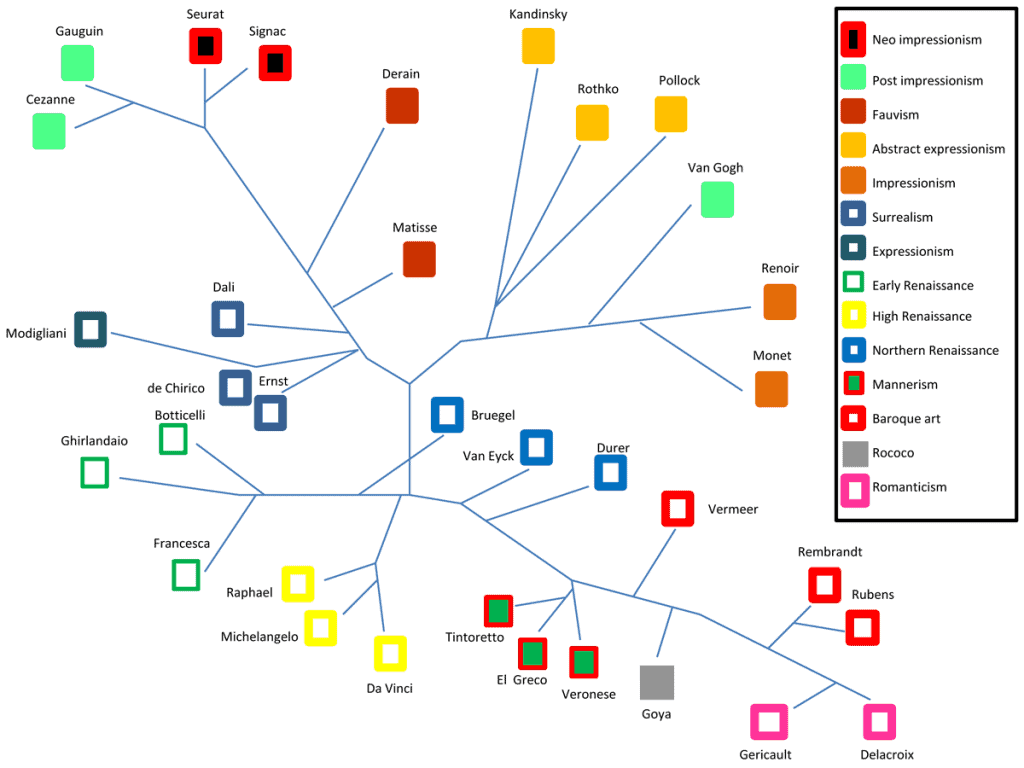 The researchers conclude their “results demonstrate that machine vision and pattern recognition algorithms are able to mimic the complex cognitive task of the human perception of visual art, and can be used to measure and quantify visual similarities between paintings, painters, and schools of art.”

While a computer can analyze art with conclusions similar to those of an expert, human art historian, a serious question arises – is then, in this case, a computer able to understand art? If so, will a computer ever able to feel art?

The findings were reported in the journal Journal on Computing and Cultural Heritage (JOCCH).