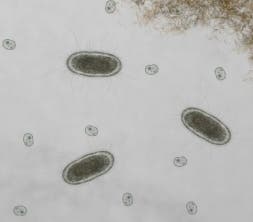 Scientists at London’s Imperial College have successfully managed to create biological logic gates, indispensible for the production of electronical devices, simply our of bacteria and DNA. Though the research detailed in a recently published study in the journal Nature Communications was anything but simple, it provides an incredible advancement in the field of biotechnology.

“Logic gates are the fundamental building blocks in silicon circuitry that our entire digital age is based on,” said Richard Kitney co-author of the research project recently published in the journal nature Communications. “Without them, we could not process digital information. Now that we have demonstrated that we can replicate these parts using bacteria and DNA, we hope that our work could lead to a new generation of biological processors, whose applications in information processing could be as important as their electronic equivalents.”

Scientists have expermentally proven that their that their biological gates can replicate the process that is equivalent to an electronic transistor gate that can be switched on and off. In one experimental instance, the team made an AND gate from E Coli bacteria, a keyword most of us link with an impending pandemic (there are numerous variants of the strain, few are indeed dangerous), which had its DNA altered to perform a switch on/off action when interacting with a certain chemical.

While these are the most advanced biological gates created so far, Kitney and his team aknowledge that they’re still very far away from presenting to the world a reliable product. The future, however, seems to shine for bio technology. Such bio processing units could be streamed through one’s arteries and monitor various parameters through biosensors. In case of misbalanced parameters, the biodevice might then trigger medication to relieve the affected area. Cancer cells could be pounded imediately before they have the chance to spread. The potential applications are too many to ennounce here, albeit still very far away from reality.

The next step in the development are multiple gates in “more complex circuitry”, which could one day lead to building blocks for “microscopic biological computers,” like the ones listed in the potential applications above. One step at a time.