Going with your gut: decision-making based on instinct alone 90% accurate of the time, study shows

Psychologists at Tel Aviv University’s School of Psychological Sciences surprisingly found that decision making based on instinct has surprisingly positive outcomes. The researchers’ experiment to prove their theory is comprised of an extremely simple set-up, as you may read on below, however, the findings are rather difficult to contest. Their work suggests that the human brain has an inherent ability to find the best solution lightning fast. 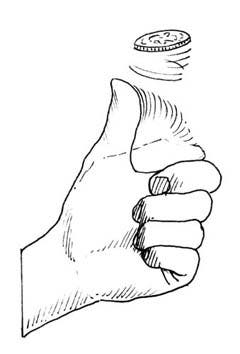 Prof. Marius Usher and colleagues centered their study around the concept of “integration of value” – taking into account the positive and negative factors of each option to come up with an overall picture. Simple decisions like what item to pick from the shelve in the supermarket, as well as tough decisions, like doctors who need to perform an unexpected action on the clock during surgery, are all weighted in by our brains with pros and cons.

To evaluate the accuracy of “gut” decision making, the scientists followed participants as they engaged in a carefully controlled decision-making process. The volunteers were asked to follow a computer screen which was separated into two columns, left and right. Each column showed sequences of pairs of numbers in quick succession. All numbers that appeared on the right of the screen and all on the left were considered a group; each group represented returns on the stock market. Each participant had to choose which of the two groups of numbers had the highest average.

Now, that might not seem at all difficult, but here’s where the catch comes in. Two to four pairs were shown every second, so since the numbers were changed so quickly participants had no way of memorizing the numbers or performing calculations. They only had intuitive arithmetic to guide them towards a correct answer. Surprisingly enough, intuition allowed the participants to calculate the different values accurately at exceptional speeds.

“The study demonstrates that humans have a remarkable ability to integrate value when they do so intuitively, pointing to the possibility that the brain has a system that specializes in averaging value,” Prof. Usher says.

It’s not as if the study group’s data was too narrow; on the contrary, the scientists found that accuracy greatly increased in relation to the amount of data that was presented to the participants. When shown six pairs of numbers, for example, the participants chose accurately 65 percent of the time. But when they were shown 24 pairs, the accuracy rate grew to about 90 percent.

Intuitively, the human brain has the capacity to take in many pieces of information and decide on an overall value, says Prof. Usher. The results seem to be consistent with other findings that found humans are capable of precognition.

Scientists have also found, however, that intuition is subjective to more risks. Usher engaged participants in tests that measured their risk-taking tendencies, and was surprised to discover that the majority of the participants didn’t play it safe. In their experiment, the scientist used a similar approach based on numbers and limited allocated decision making time. The participants had to choose two sets of numbers with the same average, one with a narrow distribution, such as 45 and 55, and another with a broad distribution, such as 70 and 30. Apparently, people were swayed by the large numbers and took a chance on the broadly distributed numbers rather than making the “safe” choice.

Next Usher wants to repeat the experiments but while also measuring brain activity in an attempt to uncover the physiological aspects of value integration.

Findings were published in the journal PNAS.