Humans are wired to be good in nature – cooperation outweighs selfishness

by Tibi Puiu
in Psychology, Science
Reading Time: 4 mins read
A A

There’s an age long question that even some of history’s greatest free thinkers, philosophers and theologists haven’t been able to answer – are humans good in nature? Many have tried to seek answers to this riddling puzzle, and for many the conclusion was a gloomy one – that man is simply doomed to stray the world in selfish agony or that only divine intervention itself can redeem the inherent wickedness of mankind. Can this question be answered by science, though?

A group of scientists from Harvard and Yale – David Rand, a developmental psychologist with a background in evolutionary game theory, Joshua Greene, a moral philosopher and psychologist, and Martin Novak, a biologists and mathematician – tackled this delicate hypothesis by defining key assumptions and correlating a slew of studies which encompassed thousands of participants. First off, where does good and bad nature separate? The researchers simplified it by asserting the following statement – the first impulse to act selfishly or cooperatively serves as an indicator for one’s inherent moral nature.

Intuition as an indicator of moral nature 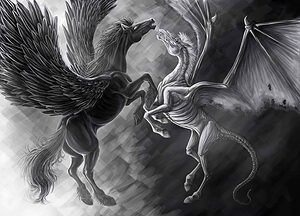 Their research focuses on two critical decision making phases, that based on intuition and reflection. Decision based on intuition are taken unconsciously, in an automatic manner before your psyche has time to react. Reflection on the other hand leads to decisions guided by a conscious train of thought as the psyche identifies tackling angles, weighs in benefits and disadvantages and produces a rational outcome. Armed with these key assumptions, it all boils down to whether we act selfishly or altruistic under first instinct.

The scientists performed a series of experiments which sought to determine a link between processing speed and the two scales of value – selfishness and cooperation. These consisted of testing two famous paradigms – the prisoner’s dilemma and a public good’s game – in which 834 participants gathered from both participating undergrad students and nationwide samples, along with correlating 5 other studies. Both paradigms consist of a financial risk game in which players can opt to be selfish and gain more at the detriment of the group, or opposite, decide to act for the better of the group, while losing individually. When testing reaction times, the results were quite interesting to say the least. It was found that decisions taken faster or intuitively were associated with higher levels of cooperation, whereas slower decisions were grouped with higher levels of selfishness.

The researchers made a set of two new experiments, still not fully convinced that their previous findings are accurate. So they gathered 343 participants from a nationwide sample play a public goods game after they had been primed to use either intuitive or reflective reasoning. For the second study,  891 participants (211 undergraduates and 680 participants from a nationwide sample) were instructed to play a public goods game either in two modes, with no ground in between – either fast, which entailed making a decision under 10 seconds, or slow, meaning at least 10 seconds after the game had started. The findings for both of these final studies were very much similar and described what the researchers had been presuming all along – whether people were forced to use intuition (by acting under time constraints) or simply encouraged to do so (through priming), they gave significantly more money to the common good than did participants who relied on reflection to make their choices.

Alright, so that’s  7 studies and over 2,000 study participants point to the fact that humans are generally well intended. Helping our peers seems to be our first instinct, an evolutionary gimmick that help our race both survive and evolve perhaps. Either way, it’s not too hard, at first glance, to claim humans are wicked at heart. Maybe there’s indeed an altruism gene encoded in our DNA.After all, the human race has done so many terrible things through out its tiny history worth only a blink of an eye in the planet’s eon time. But, maybe those are just the doings of our leaders, and at our very core, each of us, with small exceptions, we’re all kind at heart.  At least that’s what science tells us.