All of the current Republican presidential candidates make a point of denying what scientists and the common folk have come to agree upon in much of the world, and of preserving the status quo in the energy sector. Why are these public figures, with aspirations of world leaders, basing so much of their policy on a fossil fuel-centric agenda that will only come back to bite us? In a revelation that shouldn't shock anyone who's even remotely aware of the concept of money, it's because they're being paid off.

Right now many of the world leaders are gathered in Paris, attending the COP21 and trying to come to a consensus about what has to be done regarding climate change. The single biggest issue that nearly all the talks so far have touched is our reliance on fossil fuels in the energy sector and the imperative need to break this dependency. 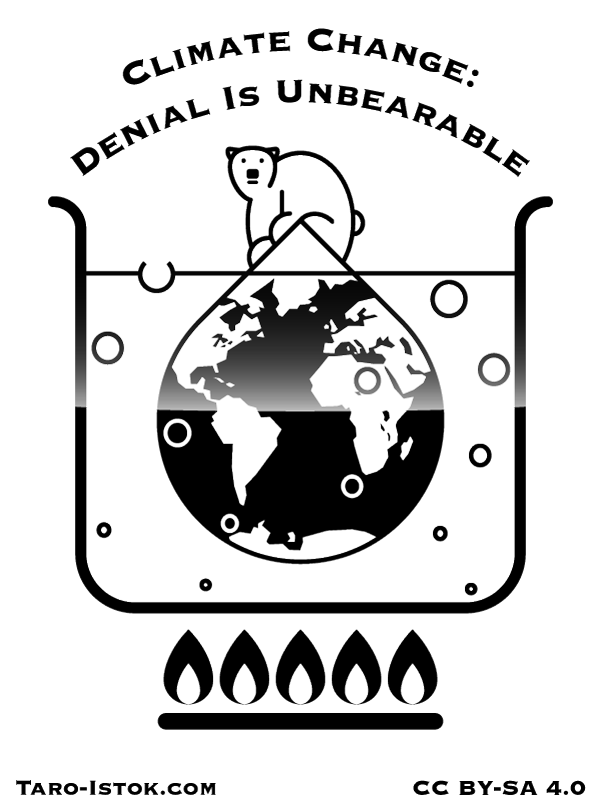 This, however, is not news; in 1990, then-president George H.W. Bush gave a speech at Georgetown University saying that “we all know that human activities are changing the atmosphere in unexpected and in unprecedented ways.” Even today, many political figures in the US, and almost all internationally agree that climate change is real and that we’re to blame.

That’s been over 25 years ago, so why hasn’t anything been done up to now to address this issue? Why was our global economy allowed to develop a thirst for fossil fuels for so long? Well, one political party in one single country has constantly been at the forefront of delaying meaningful action for 21 years now: the Grand Old Party.

All of the current Republican presidential candidates make a point of denying what scientists and the common folk have come to agree upon in much of the world, and of preserving the status quo in the energy sector. The Donald is more worried about China “loading up with nukes” as if there weren’t enough of them already to take us straight to Fallout:Real Life with the press of a button, and Marco Rubio thinks we shouldn’t save the planet because it’s not a good enough return on investment. Why? Why are these public figures, with aspirations of world leaders, basing so much of their policy on a fossil fuel-centric agenda that will only come back to bite us?

In a revelation that shouldn’t shock anyone who’s even remotely aware of the concept of money, it’s because they’re being paid off.

And one sociologist thinks he knows where the cash is coming from. Yale Professor of Forestry and Environmental Studies Justin Farrell has published two sets of results he obtained after analyzing “all known organizations and individuals promoting contrarian viewpoints, as well as the entirety of all written and verbal texts about climate change from 1993–2013 from every organization, three major news outlets [the New York Times, the Washington Times, and USA Today], all US presidents, and every occurrence on the floor of the US Congress.”

Farrell built something best described as a social network for climate denial, with 4,556 individuals and 164 organizations, and tracked the most commonly used phrases among them, like “CO2 is good” or “Al Gore.” He gathered a huge amount of information, over 39 million words in all, and machine-read them all. In the end, he examined funding ties between these companies and people and was able to link most of the rhetoric directly to two entities who, in the second revelation that should shock nobody ever, made most of their wealth from fossil fuels: ExxonMobil and the Koch family foundations.

“[Donations by these two entities were] the most reliable and theoretically important across-time indicators of corporate involvement—including the ability to influence the mainstream media and the president.”

The data shows that Exxon and Koch along with other similar entities form the core of American climate denial rhetoric. Farrell also found that organizations started furthering the climate denial agenda regardless of how much money they received from them — donations of any amount boosted an organization’s “network power” and the influence it had on the overall discussion.

Exxon refused to confirm the findings or take any responsibility for them, but last month the New York attorney general launched an investigation into Exxon’s public statements under the premise that it may have violated the law by downplaying the risk of continued fossil fuel burning. Politico also reported on Monday that the company began harassing journalists looking into the story and even (this is hilarious) sent a letter to the president of Columbia University in which it discreetly threatened to withdraw support of the institution. Farrell says that, so far, no one from Exxon or the Koch foundations have contacted him.

“In all honesty, I suspect that they might be pleased to see that their seed money was effective. From their perspective, their actions are not all that surprising, and are even financially rational, given what they stand to lose,” he said

Stephan Lewandowsky, Professor of cognitive psychology at the University of Bristol, has estimated that, assuming a social price of carbon of $40 per ton, the denial movement may have cost the global economy a minimum of $2 trillion in the last decade alone.

The scientists have done all they can — they showed us that climate change is real, they’ve warned us about its effects, now they’re showing us that big fossil fuel is paying off officials. Governments are split — some advocate for change, others for the status quo. The only ones left to make their move is us, each and everyone of us — and it’s going to be the deciding move, for better or for worse.