Exxon and Koch, two of the biggest oil companies in the business are paying to write state legislation repealing climate change laws. According to tax records and other materials acquired by Bloomberg News, not only Exxon Mobil and Koch Industries are involved in this business, but also numerous other companies which have every interest to keep global warming under the carpet in various states around the US. 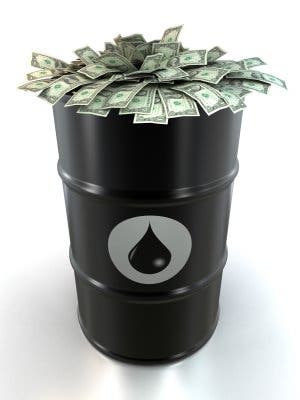 Basically, they are working to dismantle environmental programs by becoming active in the American Legislative Exchange Council, or ALEC, which allows private-sector parties to “pay-to-play” – charging thousands of dollars to sit at the table with legislators and craft bills. The fact that they are allowing this kind of system isn’t exactly earth shattering news, but we are just beginning to find out just how much major companies have their hands on this game.

According to the report published by Bloomberg News, Exxon Mobil donated $39,000 to ALEC last year and the Koch Charitable Foundation donated $75,858 in 2009, the final year in which tax documents were available. Both companies, along with BP, the American Petroleum Institute and the American Coalition for Clean Coal Energy helped draft legislation that has been introduced in Oregon, New Hampshire, Washington State and New Mexico designed to take those states out of regional cap and trade programs:

The eight-paragraph resolution, which was introduced in March, said “there has been no credible economic analysis of the costs associated with carbon reduction mandates” and “a tremendous amount of economic growth would be sacrificed for a reduction in carbon emissions that would have no appreciable impact on global concentrations of carbon dioxide.”
The model resolution was adopted by ALEC’s Natural Resources task force in April 2010, according to minutes from the meeting obtained by Bloomberg.
The group drafting and endorsing it included 13 legislators from states including Texas, Kansas and Indiana and 21 private sector members representing companies such as Exxon Mobil, Koch Industries and BP Plc (BP/), and trade groups including American Electric Power, the American Petroleum Institute and the American Coalition for Clean Coal Energy.