US Presidential Candidates That Don’t “Believe” in Climate Change

by Mihai Andrei
in Climate, News
Reading Time: 5 mins read
A A
Share on FacebookShare on TwitterSubmit to Reddit

While most of the world is trying to reach a climate agreement that would help preserve our planet’s climate for future generations, some of the US presidential candidates just don’t get it – or don’t want to get it.

Despite an overwhelming scientific consensus (97% of climate scientists), despite obvious effects and forecasts, and despite economic indicators, many of the Republican candidates for presidency in the US just don’t seem to get it. 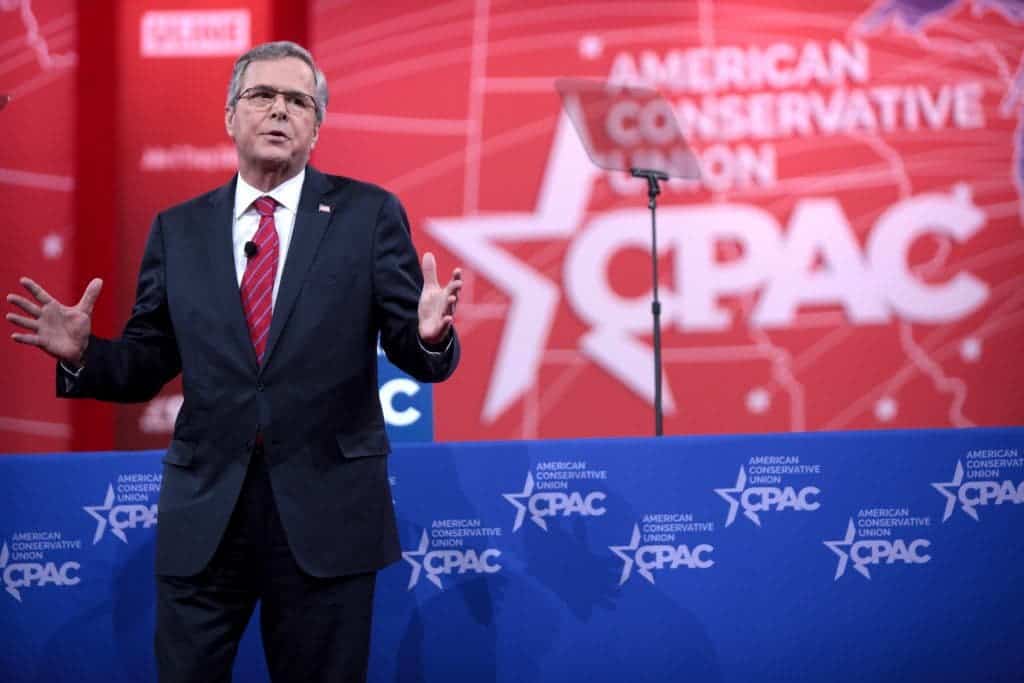 While George Bush completely ignored climate change, his brother goes even further — “I’m a skeptic. I’m not a scientist” seems to be his catchphrase. But he went even further, attempting to discredit climate science.

“I think the science has been politicized. I would be very wary of hollowing out our industrial base even further … It may be only partially man-made. It may not be warming by the way. The last six years we’ve actually had mean temperatures that are cooler [this is not correct]. I think we need to be very cautious before we dramatically alter who we are as a nation because of it.”

He also doesn’t seem to understand that everybody is allowed to have their own personal view – but when you’re in a leadership position, you need to take into account the cold hard facts.

“I think global warming may be real. … It is not unanimous among scientists that it is disproportionately manmade. What I get a little tired of on the left is this idea that somehow science has decided all this so you can’t have a view.”

Unfortunately, it’s not the first time we’ve covered Ted Cruz and his anti-science actions. After trying to prevent NASA from studying climate change, he is absolutely denying mountains of climate change related evidence.

“I just came back from New Hampshire where there’s snow and ice everywhere. And my view actually is simple. Debates on this should follow science and should follow data. And many of the alarmists on global warming, they’ve got a problem because the science doesn’t back them up. And in particular, satellite data demonstrate for the last 17 years there’s been zero warming, none whatsoever.”

His view is definitely simple – simple and wrong. But wait, you may be thinking that that’s somehow taken out of context… except unfortunately, it’s not. He keeps on repeating the same type of things over and over again, simply ignoring the factual reality.

Rand Paul has generally been careful not to alienate any of his voters, and he never really went full-on climate change denier, at least not like Cruz or Donald Trump. But his views, although indirectly expressed, are evident.

“There is some question as to the validity of the science” that shows carbon emissions cause climate change.

He went on to admit that climate change is happening, but doesn’t believe it’s because of humans.

Climate change is a hoax in his view, created by the Chinese… somehow.

The concept of global warming was created by and for the Chinese in order to make U.S. manufacturing non-competitive.

Wait, it gets even better:

It’s freezing and snowing in New York—we need global warming! This very expensive GLOBAL WARMING bullshit has got to stop. Our planet is freezing, record low temps,and our GW scientists are stuck in ice.

Not one to be easily outdone, Ben Carson simply stated:

“Gravity, where did it come from?”

I’ll just leave it at that…

Marco Rubio acknowledges that climate change is happening, but doesn’t believe that humans are causing it.

“I do not believe that human activity is causing these dramatic changes to our climate the way these scientists are portraying it.” Rubio’s energy plan would “effectively nullify an international climate change accord.”

Some would rather let the facts talk for themselves and not speak about it – such is the case with Chris Christie, whose measures in New Jersey include closing the Office of Climate Change. However, out of all people on this list, Christie is probably the most moderate, suggesting that we should invest in all types of energy – including solar and wind.

“We worked with the private sector to make solar affordable and available to businesses and individuals in our state,” he said during Wednesday’s Republican debate.

Kasich is a strange case – deeply religious, he at one point said that climate change is a real problem requiring us to “protect” the “creation that the Lord has given us. However, he went on to say that while he does believe in climate change (he has actually oscillated on this issue), he doesn’t want to do much about it – “we shouldn’t worship the environment,” he concluded.