Leading climate change denier U.S. Senator Ted Cruz (R-TX) has had enough of NASA studying our planet: he wants NASA to devote its attention only to space and inspiring children… somehow, without studying our own planet. He even went as far as saying that earth sciences are not “hard sciences”, which should be NASA’s main aim.

An attack on science

Sadly, Ted Cruz is the chair of the science and space panel within the Senate commerce committee – I say sadly because Cruz, already an emerging potential presidential candidate, repeatedly showed that he doesn’t grasp even basic science. Cruz is a firm opponent of climate change (whatever that may mean), and has vocally refuted funding any climate change study. He says:

“They’ll [scientists] say, well, it’s changing so it proves our theory.” He maintains that the problem with climate change is there’s no data to support it and that “there has never been a day in the history of the world in which the climate is not changing.”

The fact that you even consider “a day in which climate is changing” shows a lack of understanding of what climate means, that is a measure of the average pattern of variation in temperature, humidity and other meteorological factors over a longer period of time. He took things even further, speaking against what is not only a scientific consensus, but what can be easily measured throughout the world:

This is the man that basically controls NASA’s budget in the senate; needless to say, he continuously tried to reduce its budget and even managed to shut it down for over two weeks. But not being able to reduce NASA’s budget enough, he is at least trying to make them stop studying our planet; this week, he took things even further – way too far – bashing not only earth scientists, but earth science itself.

[ALSO READ: “only god can change the climate” – US chief of Environment & Public Works Committee]

“We’ve seen a disproportionate increase in the amount of federal funds going to the earth sciences program at the expense of funding for exploration and space operations, planetary sciences, heliophysics, and astrophysics, which I believe are all rooted in exploration and should be central to NASA’s core mission,” Cruz said at yesterday’s hearing on NASA’s 2016 budget request. “We need to get back to the hard sciences, to manned space exploration, and to the innovation that has been integral to NASA.” 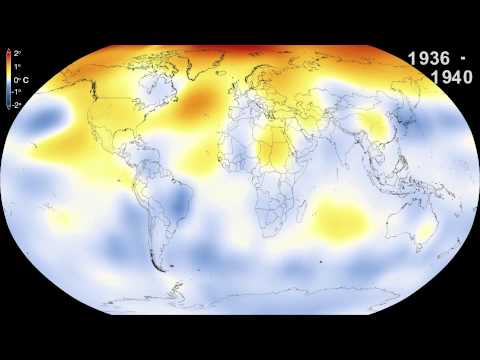 Needless to say, this is wrong on many levels. Since NASA was founded in 1958, its aim was not only space exploration, but also to understand how Earth works as a planet; you can’t even study other planets without understanding our own planet, as we’ll detail a bit further down. NASA administrator Charles Bolden was quick to point this out:

“Our core mission from the very beginning has been to investigate, explore space and the Earth environment, and to help us make this place a better place,” Bolden said. NASA studies everything from the depths of the oceans to the solar energy coming into the Earth’s atmosphere.

Cruz pushed forth, claiming that this is not a fair allocation of resources, and that NASA should stop focusing so much on Earth, and just move on to Space. Let’s get one thing straight: no one wants to stop NASA from exploring outer space, on the contrary! But let’s not oversimplify things and look at the bigger picture. The fact that budget allocation for some space operations has dropped is actually a good thing – one of NASA’s main priorities in recent years was to reduce the costs of exploring our solar system, and they’ve been quite successful in this area. The collaboration with SpaceX is key here, greatly reducing launch costs, especially for ISS supplies. Bolden further defended spending more money on Earth science activities, saying he is “proud” of it since it’s led to a greater understanding of the planet.

“We can’t go anywhere if the Kennedy Space Center goes underwater and we don’t know it — and that’s understanding our environment,” Bolden said, in a clear reference to global warming-related sea level rise. “It is absolutely critical that we understand Earth’s environment because this is the only place that we have to live.”

If you think about it even more, it makes perfect sense for NASA to study our planet; much of the data we have available for analysis (such as monitoring sea levels, polar ice melting, the emptying of aquifers, potential holes in the ozone layer and so on) comes from satellites – and who in the world is better suited at satellite monitorization than NASA? Who in the world can understand the Earth as a planet, and figure out how to protect it better than NASA? 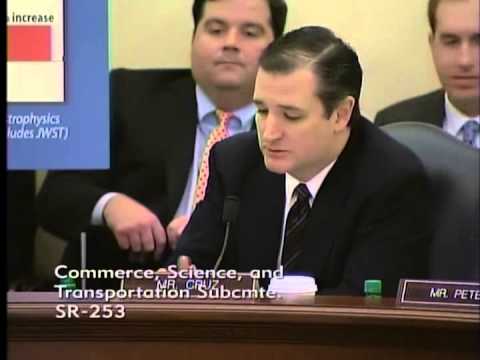 Earth science – not a hard science?!

Of course, this didn’t remain without an echo in the scientific community. The idea that the geosciences aren’t hard science came as a shock to Margaret Leinen, president of the American Geophysical Union (AGU) and a former head of the National Science Foundation’s geosciences directorate.

“Of course the geosciences are part of the hard sciences,” says Leinen, head of the Scripps Institution of Oceanography and vice chancellor for marine sciences at the University of California, San Diego. “They provide us with very fundamental knowledge about the way the planet works, knowledge grounded in the physical sciences.”

Like many other geoscientists, Leinen studies complex interactions which include advance knowledge of chemistry and physics; with their studies, many Earth scientists have actually brought significant contributions to the field of physics and chemistry. Geoscience can also require extensive computation. Leinen highlights the fact that for many years the world’s most powerful computer was Japan’s so-called Earth Simulator. Modeling future earthquakes in California, for example, requires “some of the most challenging computer simulations in the world,” she adds.

For these and many other reasons, any attempt to decouple earth science from planetary sciences is laughable.

“Our entire exploration of Mars is based on analogies with the Earth,” she points out. “Virtually all academic planetary scientists are in earth science departments, because the Earth, after all, is a planet,” she says.

The 60,000 members of the American Geophysical Union stood by Leinen’s claims, and sent an open letter to Cruz:

“Earth sciences are a fundamental part of science,” writes CEO Christine McEntee. “They constitute hard sciences that help us understand the world we live in and provide a basis for knowledge and understanding of natural hazards, weather forecasting, air quality, and water availability, among other concerns.”

Leave science to the scientists

I greatly dislike the involvement of politicians in science – especially when it’s heavily biased. Like many other Republicans in the US, Cruz doesn’t believe climate change is happening, let alone that we are causing it. Also like many other politicians, he is associated with and funded by oil companies. So far, he has received almost $1 million in funding from oil companies. Are you starting to see a pattern here?

Cruz’s dissing of the discipline during yesterday’s hearing was part of a broader attack on NASA’s priorities and on climate scientists in particular. He even brought along a fancily crafted chart, which NASA’s administrator argued is misleading.

“There’s a lot of chartmanship that can go on about what is included,” Bolden told Cruz at one point. “I am not saying that I agree with your numbers.”

Senator Bill Nelson (D–FL), the only member of the US Congress who has actually been in space took an even more firm position.

“Earth science relates directly to everything we are doing in space exploration,” Nelson asserted. “And I would draw that distinction for folks who think that it’s not fashionable, that NASA doesn’t need to do earth sciences.”

It’s good to see that at least some members of Congress understand what’s actually going on, though I have the grim feeling that these people are grossly outnumbered. To me, it seems almost unbelievable that people so obviously biased against science are put in a position where they can influence what scientists do and what they don’t. Here’s a crazy suggestion: why don’t we leave things like science to the people who actually know what they’re doing?