Tasmania's Derwent River has put on a garb of surreal blue these past few nights as blooms of bioluminescent plankton light up the dark waters. But while photographers scramble to catch breathtaking pictures, scientists point to the more dire implications of the invasion of these tiny organisms so far south.

Tasmania’s Derwent River has put on a garb of surreal blue these past few nights as blooms of bioluminescent plankton light up the dark waters. But while photographers scramble to catch breathtaking pictures, scientists point to the more dire implications of the invasion of these tiny organisms so far south.

Noctiluca scintillans, also known as Sea Sparkles, is a type of phytoplankton (meaning tiny plants rather than zooplankton, the small animals that whales dine on), particular in that it feeds on other plankton.

“As creatures go, it’s more of the unwanted kind. In extreme cases it can cause fish kills; it does it all over the world,” says Lisa Gershwin, author of Stung! On Jellyfish Blooms and the Future of the Ocean.

However, it wasn’t until 1994 that these tiny dinoflagellates were spotted this far to the south, and by 2004 sightings started to become much more common.“The displays are a sign of climate change,” Anthony Richardson, from the CSIRO, told New Scientist earlier this week. 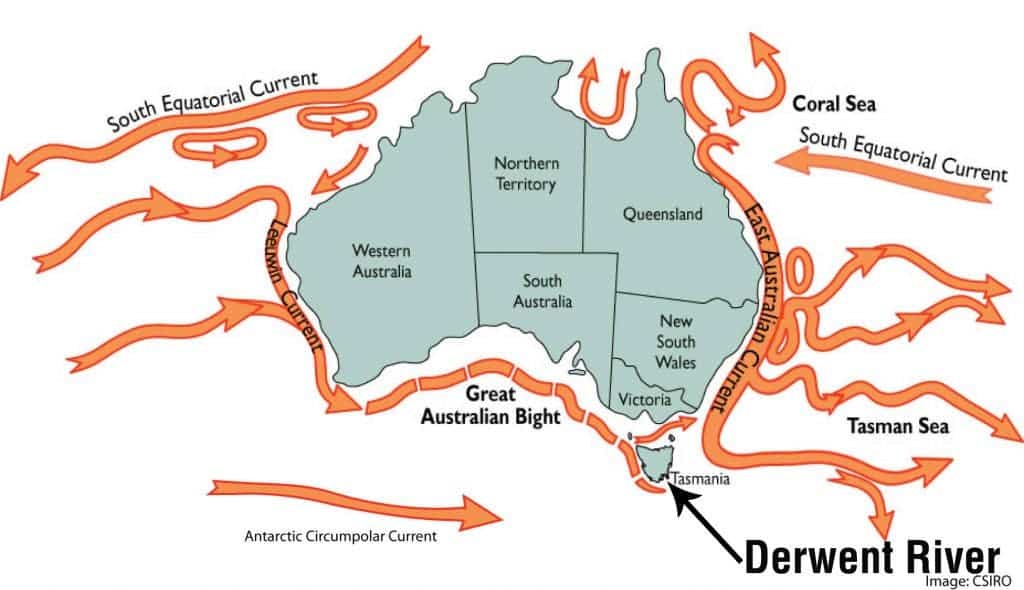 Peter Thompson, senior principal research scientist for CSIRO Oceans & Atmosphere, based in Tasmania, confirmed that “It does represent a large change to our ecosystem. Previously it was rare or absent yet now it is the most abundant organism in the river that eats phytoplankton” for Business Insider.  in mari

The strain that the little plants put on the local wildlife could have devastating effects on Tasmania’s economy, which draws nearly US$ 700 million from the production of seafood each year – more than any other Australian state.

“When the [Noctiluca scintillans] cell breaks down, ammonia is released and the massive bloom could become a deadly cloud,” Gershwin said. “It can change the flavour of the water and it’s noxious to fish.”

In the open ocean this would not be a problem but in the confined water of Derwent River the build-up of ammonia could leave it uninhabitable for marine life, as fish farmers found out when Noctiluca started creeping into the local salmon farms.

That saw fish refusing to surface to feed and was eventually resolved by generating an air bubbling system with air bubbles coming up in the centre of the fish pens to clear the surface waters. Most Tasmanian fish farms have now such systems in place.

“If a dense patch gets caught in a fish pen then the ammonium can cause problems for the fish,” Thompson said. “There have been fish kills associated with these sorts of blooms in the past.”

But, he added, so far researchers have “relatively little understanding of how this has affected other aspects of the ecology of the Derwent”.