by Mara Bujor
in Discoveries, Research, Studies
Reading Time: 3 mins read
A A
Share on FacebookShare on TwitterSubmit to Reddit 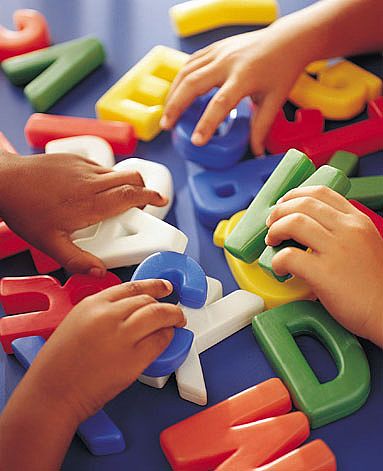 Everyone having children or who has ever babysat at least for a couple of hours knows what an impossible task it is to determine a child to do something. According to a new study this doesn’t happen because the little fellows have decided to take over the world by bringing adults to the edge of insanity, but simply because their mind works a bit differently; the good part, however, is that they keep good advice for later.

The scientists expected the toddlers’ brains to work like adults’, but at a different scale. The results proved surprising.

A simple computer game was used to understand how children aged 3 and 8 reacted to learning, results being gathered by using a technique called pupillometry, which measures the diameter of the pupil of the eye in order to assess mental effort.

The children were taught the simple rules of the game, which involved two characters: Blue from Blue’s Clues and SpongeBob Squarepants. Blue liked watermelons, so the happy face had to be pressed every time the character was followed by one. However, if SpongeBob appeared, they had to press the sad face.

The older children encountered no difficulties in playing the game as they could easily anticipate the answer; however, the 3-year-olds couldn’t do the same thing. Their mental effort was much higher then the older kids’ as they seemed to think back to the character each time a watermelon apeared.

This proves that toddlers do not think in the future or live entirely in the present. They seem to call up the past whenever they need to.

If a three-year old will be asked to take his jacket from his room because it’s cold outside, the child will not think about the fact that outside it’s freezing and that the jacket will keep him warm. He will instead go out, realise it’s cold, then remember where the jacket is and go get it.

These results should bring some changes concerning the way parents handle their children. Asking them to do something in order to prepare in advance will bring few results. However, parents should try pointing out what they have to do in another manner such as “you may not want your jacket now, but when you’ll see how cold it is outside you should know that you will find it in the bedroom.” This way, no planning is involved and the future course of action is indicated.

source: University of Colorado at Boulder.