If you've ever wondered what happens inside an egg, then science has you covered - researchers have developed transparent artificial eggshells; but they didn't do this just out of curiosity - they want to create a controlled environment for bird embryo growth and development to aid stem cell studies.

by Mihai Andrei
in Biology, News, Research
A A

If you’ve ever wondered what happens inside an egg, then science has you covered – researchers have developed transparent artificial eggshells; but they didn’t do this just out of curiosity – they want to create a controlled environment for bird embryo growth and development to aid stem cell research and drug treatment reaction. 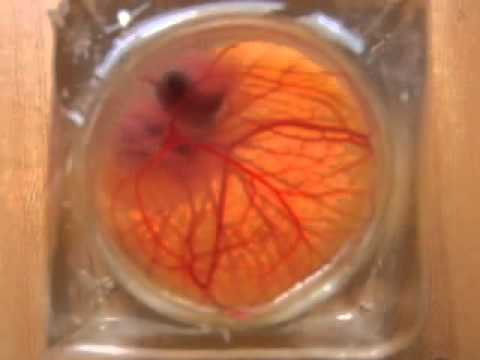 When it comes to stem cells, you need a lot of research and testing; for this reason, numerous ‘on-a-chip’ technologies have been developed over the past few years. The point is to develop miniature replicas of human organs, to see how they react when administered certain drugs and medical substances.

“Unlike its ancestor – the conventional ‘lab-on-a-chip’, which is basically chemically based – the current ‘egg-on-a-chip’, intrinsically inherited with biological natures, opens a way to integrate biological parts or whole systems in a miniature-sized device,” the team writes in the journal Science China Technological Sciences.

The benefit here is that these transparent eggs offer a much more accurate view of how real human organs might respond to these treatments – in a way, you’re replacing animal testing with embryo testing, which is more humane, and promises to be more precise. For example, one of the practical applications would be allowing for blood and other types of organic fluids to be injected inside for early diagnosis, and rare gene variations to be cultured inside, Science Alert writes.

Personally, I really like the idea of reducing (even to a small extent) animal testing; the medical importance of animal testing cannot be overstated, but we should really look into alternatives – and this one shows some promise.

This gives researchers an unprecedented view inside the egg, without having to resort to the rather crude technique of windowing; windowing basically involved cutting a hole inside the egg, opening it and closing at will. So far, researchers have managed to culture avian embryos in their artificial, transparent egg  for just over 17 days – about three days before they would be expected to hatch. The researchers didn’t “hatch” living chickens from these artificial eggs and likely won’t do so, unless they have a specific research objective.

Meanwhile, at the very least, researchers will be able to study embryo development without having to cut holes in eggs – that’s something. Hopefully, more will come from this technique.